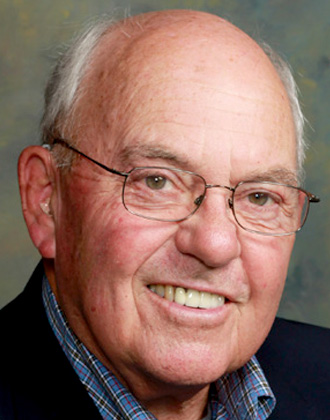 I was President of the Marin County Bar Association in 1984, a symbolic year because it was also the twentieth anniversary of my practicing law in Marin County, and it was the end of a twenty-year period in which the nature of the practice of law in Marin County had changed dramatically. Despite the year being the title of George Orwell’s famous novel, “1984,” the Marin County legal community was not subject to Orwellian influences. With a few exceptions the Bar was made up of sole practitioners or small firms who were fiercely independent local entrepreneurs. Certainly there was no presence of “Big Brother” or any concern about “thought crimes” or “double-think.”

Let me put this in perspective. In 1964, when I was admitted to the Bar and started a general practice as an associate of an established lawyer, there probably weren’t more than 100 lawyers practicing law in Marin County. The vast majority of Marin County lawyers had offices in San Rafael, mainly in the Albert Building. There might have been five or six lawyers in Novato, two or three in Fairfax and San Anselmo, one or two in Mill Valley, and a couple in Sausalito. The courts were in the old Courthouse on Fourth Street. All telephones were rotary dial with named prefixes such as Howard, Glenwood, and the like. Typewriters were either manual or a few electric, which were just coming in, and if you wanted to make copies of either letters or documents, you had to use carbon paper. The revolutionary Xerox machine had not made its debut yet, but a few law offices had mimeograph machines that were slow, messy, and the ink ran. Hourly billing for legal services was unheard of, as were living trusts. Except for the very wealthy, estate planning consisted of the preparation of a Last Will and Testament.

The Discovery Act was a relatively new development, and with the exception of depositions, there was little or no pre-trial discovery in civil litigation. Divorces were generally simple and matter-of-fact, with the plaintiff required to prove fault, usually “extreme mental cruelty,” which required the testimony of a corroborating witness. A routine divorce cost $250 plus the filing fee of $12.50. In 1964, a lawyer in Marin could obtain a non-cancellable three-year malpractice policy with no deductible and maximum limit from Fireman’s Fund for $150 payable in three annual installments of $50 each with no service charge. Rents for a single office in the Albert Building were $55 a month, and the salary for a legal secretary was $350 a month.

In many ways the practice of law in Marin County in 1964 was just the way it had been in the 1950’s and 1940’s and earlier. By 1984 this had all changed. The courts had moved to the new Civic Center in 1969. New office buildings had sprung up along the 101 corridor, and there were law offices spread from Sausalito to Novato. The old Courthouse on Fourth Street had burned down and been replaced by San Rafael’s first true high-rise, the Courthouse Square building, which had numerous lawyers as tenants. Law practices had become increasingly specialized and the use of the hourly billing system was more prevalent.

My year as President in 1984 was busy, but with no major crises. The country was at peace, economic times were good, and the practice of law was rewarding. My first and probably smartest move as President was to ask my old friend from the DA’s office, past-Bar President Leonard Shaw, to serve as my program chairman. Leonard graciously accepted and did a superlative job, as I knew he would. Leonard arranged a series of very good speakers, which assured that the monthly meetings of the Bar Association were well-attended.

The monthly Board meetings were held in a room on the campus of then-Dominican College, now Dominican University. Not only was the food excellent, but the college provided carafes of chilled chardonnay, which were always emptied by the end of each meeting.

Following my year as the President of the Marin County Bar Association I continued to practice law in Marin as a sole practitioner until I was appointed to the Marin County Bench in 1990. I served on the Bench for twenty years, first on the Municipal Court for twenty-two months, and then on the Superior Court for over eighteen years, until I retired in early 2010.

Following retirement, I reactivated my State Bar license and became involved in a mediation and arbitration practice. I once again became active in MCBA and had the honor of serving as an officer as the Five Year Past President in 2013, and then was elected to a full three-year term on the Board of Directors commencing in 2014. As I became active in the practice again, I quickly realized that I had been living in a judicial bubble from 1990 to 2010. Although I looked at being a Superior Court Judge as the best job in the world, I was isolated in the courthouse for all those years.

During this 20 year hiatus the practice of law had again changed as much as it had from 1964 to 1984. The unbelievable growth and sophistication of technology dramatically increased a lawyer’s productivity. The law had become increasingly complex and virtually necessitated specialization. The era of the general practitioner, the norm in 1964, was long gone by 2010. The boom-boom-boom of electronic communications greatly increased the speed of law practice, the pressure on lawyers, and the cost of legal services. Returning to practice after 20 years on the Bench I felt like Rip Van Winkle awaking from a long nap.

Looking back over my 50 years as a lawyer and judge in Marin County, I have observed a change in how lawyers approach the law. Practicing law in 1964 was a profession, not a business. Lawyers in smaller communities like Marin County represented individuals, not entities. Fees were determined by agreement, and there was no need for a written contract. The hourly billing system was unheard of. Above all, a lawyer never abandoned a client because of financial inability to pay fees. Once you agreed to take a client’s case, you saw it through to the end. And believe it or not, lawyers were able to make a very comfortable living.

Over the years the practice of law evolved from a client-focused profession to a fee-focused business. My, how times have changed. But despite all this, being a lawyer in Marin County was and is a great way of life.