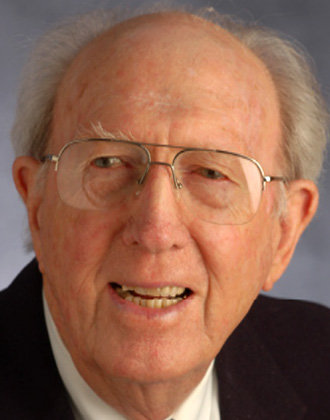 Greetings to the current members of the MCBA. My name is Bryan River McCarthy. I was also known as “Mike.” Today’s members of the Marin County Bar Association would scarcely recognize the practice of law as it existed in the 1950’s. As with any look back at history from the present, it was a simpler time. And, a lot has changed in my 67 years of practicing law.

In 1957, I practiced law with the Freitas Law Firm. It was located in the Freitas Building at Fourth and B Streets. My partners were Carlos Freitas, Hugh Allen and Dick Bettini. We boasted that we had the best law library in the County. All of those lawyers also became presidents of the Marin County Bar Association. We had several secretaries who took dictation, answered the telephone and typed letters with carbon paper. Sometimes I answered my own telephone. We had telephones with rotary dial and prefixes such Glenwood 3-6651 for 453-6651.

The sitting Superior Court Judges of Marin County were Jordan Martinelli and Tom Keating Sr. The courthouse was located at 1000 Fourth Street in San Rafael. I would walk to trials and appearances at the courthouse. The district attorney was Al Bagshaw. He was a tough guy, a good lawyer and a friend of the horse-riding sheriffs of Marin County in those days. There was no public defender. Business was generated by word of mouth. Our total membership was about 25 to 30 members. Bar dues were $15 to $20. We had speakers on interesting topics for the Bar and they spoke at San Rafael High School. This was our then continuing education of the Bar.

We had one woman member of the bar association, Natalie J. Holly. Natalie died in 1971 at the young age of 74, and was a partner with Holly, Tanner, Thompson and Bash. She went to Boalt Hall School of Law, and she had a bachelor’s degree in science and a Master of Arts, English and Psychology. If you had a case against her you did not forget her. My partner Jay MacMahon tells a story that, in those days, the husband’s attorney would call up the wife’s attorney to ask how much the fee would be for the divorce. The usual number was $250. Natalie once called up Jay and asked the question, Jay gave her the number and she said the check would be in the mail. Jay said that was the last civil word spoken in the case. Of course in those days, you had to find fault to get a divorce granted, and the favorite ground was adultery.

I was 39 when I became president of the Marin County Bar Association. Our lunches were held at the Travelers Inn at the corner of Third and Lootens in San Rafael. We had an informal method of the Lawyer Referral Service, which I started. I kept a file folder on my desk, and I would get calls from other lawyers about clients they could not represent because of the fees. So I would look up in my file those lawyers who could handle the cases, call them and put in the client in touch with them for representation. It was simple but it worked. We gave quality representation at a fair price.

Civility was very present when we had drinks at the Elks Club up the street from my office where the Westamerica Building is currently located. Women were not allowed inside. Being contentious was commonplace, but being personal was not. Your word was your bond, none of this letter writing to confirm this or that, and word got around quickly if you did not live up to what you promised.

I was outspoken and argumentative as a lawyer. One event stands out in my mind that happened in Judge Joseph Wilson’s chambers. Wally Meyers and I had a settlement conference. Wally was President of the MCBA in 1942. I accused Wally of being either stupid or saying something stupid. Wally took great umbrage at my remarks and got up, cold-cocked me off my chair, much to the surprise of Judge Wilson. I got up, sat back down, apologized to Wally, and in short order we settled the case. Don’t insult someone who was a lightweight golden gloves boxer.

To give you another idea of how things were in the 50’s, when I was shipped off to Korea in the Navy, I received a gift of a camera from Judge Richard Sims. Judges and lawyers were able to have a closer relationship without the specter of undue influence partly because there was none and partly because there was an “old boy network.” No one thought anything about whether something was improper or whether I gained some kind of favor from the judge on behalf of my clients. Things like that were the norm. The old boys included the women. The judge’s wives would receive a nice gift from Natalie Holly every Christmas.

Discovery really did not exist. It was trial by ambush, but it made you a good trial attorney having to think on your feet. One of my fond memories was arguing a case in front of Tom Keating Sr., my now-partner’s father. It was a very contentious argument going on and on with Jerry Duffy, the Judge’s former law partner and the 1952 MCBA President. I said to the Judge that if he was listening to that argument, then he was crazier than Jerry Duffy was. The next thing I knew Judge Keating got up and walked off the bench while I was still arguing. I look at opposing counsel; we chuckled and mutually agreed that the case was submitted.

I hope the members enjoy my submission. I had fun reminiscing with my partner Tom Keating Jr., and I want to thank him and Randy Wallace for being diligent to assist me in writing these memories. It’s a good bar association. It is important to know where all of the members came from, how things were and where it is today. I have been fortunate. I got to see it all.