Cyber Security and Data Privacy--How Do Employers Deal With It, What Liability Arises?

Stephanie Skaff (Section Meeting Speaker) will be discussing the California Consumer Privacy Act that will go into effect on January 1, 2020. By then we will know what happened with AB 25 (see notice below). This is a hot button issue. Be sure to sign up for this Event - it should be a sell-out.

Stephanie Skaff has been named among The Recorder’s 2017 Women Leaders in Tech Law. Ms. Skaff is Chair of Farella Braun+ Martel’s Intellectual Property Litigation Department. She represents companies in complex litigation involving intellectual property, technology, privacy and licensing issues. These issues are presented in the employment context as well as general liability matters, including in the context of whistleblower cases and employee rights regarding data privacy, among other considerations. This is an area of law we all need to know more about as the rules are changing constantly with every technological advance. 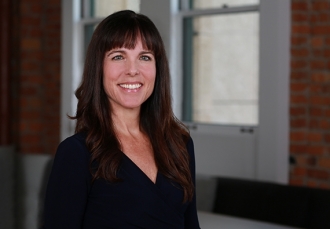 Her clients benefit from her knowledge of and credibility with the state and federal court benches gained through her roles as a past president of the Bar Association of San Francisco and as a former co-chair of the Northern District of California Lawyer Representatives Committee.

Stephanie is regularly chosen as lead counsel for trade secret, patent infringement, and other intellectual property actions venued in jurisdictions around the country, including the Northern District of California, the Eastern District of Texas, and Delaware. She represents clients in actions involving computer hardware, software, internet search and applications, mobile devices, gaming, financial services, encryption, networking, and database technology. Her clients have included well-known companies like Google and Dell, and also smaller technology companies and individuals battling significant “bet the company” litigation disputes.

Stephanie has successfully represented clients in high profile intellectual property disputes for more than two decades. Most recently, she helped lead the team responsible for a multimillion jury verdict in a trade secret and breach of contract case involving data center technology. Stephanie brings a unique ability to help her clients overcome legal challenges, tell their stories to lay judges and juries, and forge a strategic path to the quickest and most successful resolution of their intellectual property disputes.

Stephanie is a founding member of the Resource Board of the National Association of Women Judges, a former barrister and associate in the Edward J. McFetridge Inn of Court, and a past co-chair of the ABA Litigation Section’s Intellectual Property Committee. She has a background in database design and programming and, prior to law school, worked for a large public accounting firm in Los Angeles, California.