The News About the News

MCBA kicks off the New Year with a timely topic. In the era of not just 24-hour cable news, but 24-hour Twitter and Facebook feeds and the proliferation of increasingly specialized social media outlets, the news is everywhere. Is it actually news? Spencer Michels of the PBS Newshour will discuss the fragmentation of our public sphere and the universes of alternate facts that have taken the place of objective journalism. What is the future of news? A Marin resident, Michels has been cast in the roles of author, producer, and correspondent over his 40-plus-year career in journalism. Since 1991, he has created hundreds of reports on all manner of issues for the PBS Newshour, winning several Emmys--among other awards--in the process.

Joining Spencer Michels will be Berkeley Law's Executive Director of Public Good Law Center, Ted Mermin, and Facebook's Director of Policy Management, Nell McCarthy. They will be addressing free speech and the regulation and power of social media. The program will allow time for questions on this topic that is--you guessed it--much in the news today.

Moderating the panel will be Alex Vahdat, Keegin Harrison. 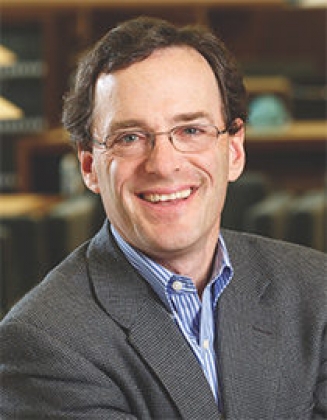 Ted Mermin is the co-founder and Executive Director of the Public Good Law Center, and the Interim Executive Director of the Berkeley Center for Consumer Law & Economic Justice. For the past decade he has assisted local, state and federal agencies in the development and defense of innovative policies in public health and consumer law; has litigated consumer rights and public health cases in appellate and trial courts around the nation, including in the United States Supreme Court; and has written and spoken extensively on issues of free speech, preemption, tobacco control, marketing to children, deceptive advertising, and unfair competition.

Ted teaches Consumer Protection Law at the UC Berkeley School of Law, where he also coordinates the Consumer Law Program. He is pro bono counsel to the Consumer Justice Clinic at the East Bay Community Law Center, and recipient of the Center’s inaugural Guardian of Justice award. Ted additionally serves as convenor of the California Low-Income Consumer Coalition, a partnership dedicated to furthering the rights of vulnerable consumers through state and local policy advocacy.

Before founding Public Good, Ted served for eight years as a Deputy Attorney General in the California Department of Justice, where he brought consumer cases against abusive loan companies, rental car outfits and telecom providers. He handled the first case to rein in the practices of a predatory lender with more than 3000 outlets nationwide, and wrote a law that led the way to successful prosecutions of “immigration consultants” who routinely took thousands of dollars from refugees seeking asylum, while providing nothing in return. Before going to work for the Attorney General, Ted litigated in private practice, where his work included pro bono representation of victims of racial discrimination in retail sales, and served as a law clerk for the Hon. Louis H. Pollak. He holds degrees from UC Berkeley (J.D.) and Yale (B.A.). 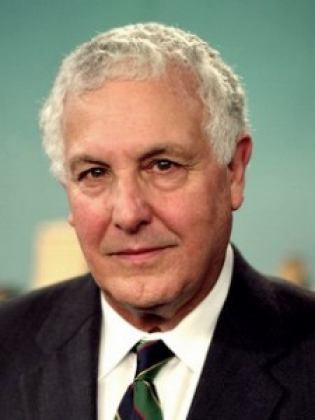 Spencer Michels, correspondent and producer in the San Francisco office of the NewsHour, began reporting stories for the broadcast in 1983, while still anchor and correspondent for KQED. A native of San Francisco, he graduated from Princeton University's Woodrow Wilson School of Public and International Affairs in 1959 and then received his master's from Columbia University's Graduate School of Journalism.

Michels began his professional career as a reporter with the Palo Alto Times, and then moved to KCRA in Sacramento. In addition to general reporting, anchoring and producing, he traveled around the world doing stories ranging from the Vietnam War and the Israeli war with Egypt, to socialized medicine in Scandinavia and bureaucracy in Italy. After working on news and documentary programs at the public station, KQED, for several years, he joined the NewsHour full time in 1991. Since then, he has produced hundreds of 5 to 10 minute reports on all manner of issues, including health, environment, science, politics, economics and arts. He has won several Emmys and other awards.

He lives in Marin County with his wife, Roberta. They have three grown children and three grandchildren.

Nell McCarthy is Facebook’s Director of Policy Management, where she is responsible for the development and implementation of the policies for what content is and is not permitted on Facebook. She has worked in policy and law for over 15 years, including serving in multiple domestic policy roles in President Obama’s White House and policy and legal roles at the U.S. Department of Justice. Prior to joining the federal government, Ms. McCarthy worked at the law firm of Covington & Burling in Washington, D.C. Ms. McCarthy is a graduate of the University of Pennsylvania Law School and earned her B.A. from Northwestern University.