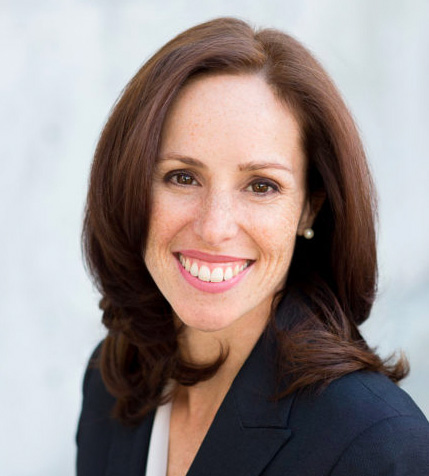 In January 2017, volunteers fanned out across Marin County to conduct the biennial homeless count. This point-in-time count aimed to get a snapshot of the number of homeless in Marin on a given day. Led by guides who are homeless or were recently homeless, the volunteers checked streets, cars, parks, abandoned buildings, RVs and boats without plumbing or electricity, bus stations, camping grounds; anywhere they might find someone without shelter. The final count, released in July 2017, showed 1,117 homeless individuals.[1] Add to this number of “precariously housed”—those who are living in overcrowded homes, sleeping on a friend’s couch, in hotels/motels, or with money and options running out— and the total rises to 5,200.[2]

One segment of the homeless population that goes largely unnoticed is unaccompanied children and “transitional age youth,” young people between the ages of 18 and 25. The 2017 Marin Point-in-Time Survey identified 121 homeless youth in Marin. That number, however, is likely an underestimate. Homeless youth are hard to reach; they often do not use homeless services, are unrecognizable to adult street count volunteers, and hide in secluded, unsheltered places. According to Marin County Schools Office of Education 2015-2016 Cal PADS data, 983 students were documented as homeless in Marin County schools alone. Estimates put the actual number of total homeless youth in Marin at approximately 2600 on any given day.

Tony, a formerly homeless young man, recently shared his story with me. He had a long history of substance abuse and intermittent homelessness, starting as a teen. At age 27 he was incarcerated for assaulting a peace officer in Sacramento. He was prepared to accept responsibility for what he had done, but he felt helpless and overwhelmed by the system. His public defender had little time to spend on his case. Tony ultimately pleaded guilty. After serving his time, he was released alone with no shirt, no shoes, no money, no phone, and in the rain. Tony managed to find his way to a sober living facility in San Rafael and to Ambassadors of Hope and Opportunity (AHO), Marin’s only non-profit dedicated exclusively to homeless youth, which helped him find stable housing. He is now enrolled full time at College of Marin.

Homeless teens and young adults like Tony are particularly vulnerable and have unique needs. Addressing their needs while they are in their critical transition to adulthood can set them on a path to lifelong success. Lawyers can help homeless youth through pro bono service, supporting innovative community programs, and advocating for reforms in the criminal justice system.

Zara Babitzke founded Marin's sole homeless youth nonprofit in 2005, Ambassadors for Hope and Opportunity (AHO). AHO provides comprehensive, age-appropriate support for homeless youth as they grow into adults. AHO connects youth with adult ally coaches and peer mentors, who provide the type of assistance that a parent typically would: jobs, housing, medical and dental care, and scholarships. AHO also provides leadership opportunities and encourages “giving back” through its Youth Team. AHO’s Youth Team designs and participates in service projects to assist homeless youth. Since its launch, AHO has successfully assisted over 1,750 young adults. Their clients are now in stable housing, working several jobs, completing their educations, developing their leadership skills, and giving back to their community.

I asked Ms. Babitzke what the legal community could do to support homeless youth. She said that youth often find themselves in situations where they need legal assistance or guidance. For example, youth on bicycles or in cars have been hit and injured by motorists without insurance. The youth have been saddled with medical bills and damaged or totaled property, and have no recourse. She said that homeless youth have had problems with landlords refusing to fully refund rental deposits. The youth are not aware of their rights as tenants and how to exercise them. Finally, youth have legal problems arising from citations for relatively minor infractions, such as seat belt violations and parking tickets. Youth may want to contest the citations but do not know how. Ms. Babitzke welcomes attorneys who can volunteer their time or offer reduced rates to assist youth in these situations.

A new Marin non-profit, Opening the World, works with transitional age-youth who have stable housing, but are at risk for homelessness, incarceration, poverty, and other challenges. Eighty-three percent of OTW youth grew up below the poverty line, 70 percent were involved in the criminal justice system, and 97 percent have mental health issues including trauma, anxiety and depression. Opening the World founder Jeannine Curley provides these young adults with opportunities for personal growth and leadership through community service and travel. Earlier this year, OTW organized a trip to Nepal and India to help rebuild homes and schools after the earthquake. OTW aims to build socially conscious individuals who will give back to their communities through leadership and service.

Ms. Curley said that lawyers could assist transitional-age youth by being role models and mentors. Many OTW youth have never considered a career as a lawyer; many have had only negative interactions with the legal system. Ms. Curley urges attorneys to share their career paths and advice. She hopes to expose youth to the many positive roles that attorneys play in our society and inspire them to dream big.

There are some exemplary government programs in California that currently help homeless youth resolve their legal issues. In Marin, we are fortunate to have the Marin Community Court. Marin Community Court is an innovative alternative court program under the leadership of Judge Beverly Wood and in partnership with Legal Aid of Marin and the St. Vincent de Paul Society. It allows homeless and low-income defendants, to resolve minor, noncriminal cases outside of the traditional justice system. These cases tend to be for quality-of-life violations, such as sleeping in the park and minor traffic violations. Instead of paying fines they cannot afford, defendants can work off their tickets by doing community service or by seeking services for themselves, such as drug, alcohol, or mental health counseling. Since the program began in 2011, over 3,000 hours of community service have been logged by participants and over 1,000 participants have resolved their cases through Community Court.

A similar program in Los Angeles, the LA County Homeless Court Citation Clinic, is administered by the City Attorney’s Office in partnership with the District Attorney’s Office and conducts large clinic events that help the homeless address their minor legal citations. Like in Marin Community Court, participants can have their tickets resolved in exchange for receiving services from homeless services providers. The Clinic holds a series of large-scale sign-up events every year in different neighborhoods and venues across Los Angeles and engages in significant outreach efforts to find eligible participants.

These programs are particularly important for homeless youth because having outstanding citations and fines can prevent them from accessing services and meeting basic needs such as food, stable housing, and cell phones to connect with services and transportation. Both the LA and Marin programs currently make a big impact on homeless young adults, and could be expanded or modified to assist homeless teens as well.

One third of Marin’s homeless youth had spent a night in jail over the last twelve months.
Forty-five percent reported psychiatric or emotional problems. Thirty-four percent had drug and alcohol issues. Twenty-eight percent reported having post-traumatic stress disorder. Twenty-two percent of respondents did not finish high school. Given their health issues and lack of education and support, homeless youth caught in the criminal justice system face significant challenges.

Robust reentry programs are critical to ensuring that youth like Tony will be able to make a smooth transition out of incarceration and into productive, meaningful adult life. Reentry services are cost-effective and proven to reduce recidivism. The Marin County Sheriff’s Office currently collaborates with Probation, Health and Human Services, and others to provide support for inmates leaving the Marin County Jail. For homeless youth, “whole person” programs, like AHO and Opening the World, that provide age-appropriate, personalized support with no time limit on services, are an important addition to existing county resources. This support, along with GED programs and other educational opportunities for incarcerated youth before they leave jail, will help provide them with the tools they need to be successful throughout adulthood.

Homeless youth are the most difficult homeless population to reach. Developmentally, they are at an age where they want to fit in with their peers, and will keep their situation hidden, even from their closest friends. The stigma of having parents without the capacity to parent, the lack of safe and stable housing options, transportation barriers, difficulty accessing available services, and a lack of community understanding of youth homelessness contribute to the problem. Indeed, Marin County’s 10-year plan to end homelessness does not even mention homeless youth as a subgroup that needs specialized attention.

Addressing the needs of homeless youth is crucial to moving the needle on homelessness in Marin and to improving the overall health and safety of our community. If youth do not have the support they need by age 25, they are 50 percent more likely to become adult homeless or incarcerated.

As attorneys, we can do our part by considering homeless youth in our pro bono work, supporting innovative programs, and advocating for meaningful reforms in the criminal justice system.

If you are interested in learning more about homeless youth, please join us on Monday, September 25, 2017, 6 to 8pm at Dominican University’s Guzman Hall. AHO’s Youth Team has organized a Town Hall Forum hosted by Senator Mike McGuire and in collaboration with the Marin Office of Education, Dominican University, College of Marin, and Tamalpais Unified School District Wellness Centers.

To learn more about Opening the World, please visit openingtheworld.org.

Anna Pletcher is a former federal prosecutor and Assistant Chief of the United States Department of Justice, Antitrust Division. She currently teaches at Berkeley Law and serves on the Board of the Marin County Bar Association and as the Treasurer for the Federal Bar Association, Criminal Section. Ms. Pletcher is a candidate for Marin County District Attorney in the 2018 election. [Editor’s note: the MCBA does not endorse candidates and its publication of Ms. Pletcher’s article does not constitute an endorsement.]