Lawyers In The Library Returns! Volunteers needed Sat. May 14

From the Couch to the Podium

Gratitude to Our Sponsors and Guests

After the Fire: Strategies for Dealing with the Insurance & Rebuilding Challenges 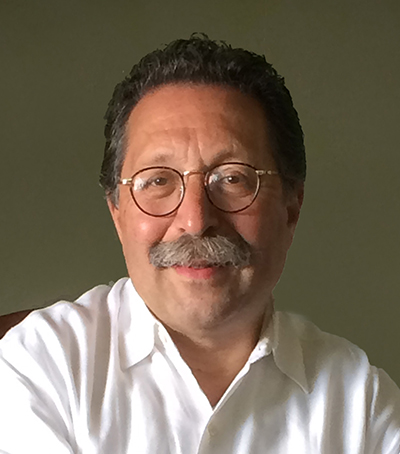 In October of 1991, ten years after graduating from law school, I found myself thrust into a job I didn’t apply for, didn’t want, and didn’t know how to handle: recovering from the loss of our home in the Oakland Firestorm. The day before the fire I was a fairly happy lawyer, living in a beautiful wooded section of the Rockridge neighborhood of Oakland, with a productive and forward-thinking partner. A few short hours later we were homeless, bereft of our precious belongings, confronted with unfamiliar tasks, and perhaps of greatest significance, no longer empowered by our pre-fire optimism and confidence.

A client of mine who had endured a similarly daunting challenge (the litigation that I handled for her) gave me the postcard she had kept on her refrigerator door, which said: “The only way through What Was to What Will Be is through What Is.” It seemed to derive from a folksy brand of Buddhism, but at the time, it was the wisest counsel anyone shared with me. Indeed, in that spirit, the night after the fire I said to my partner, when we were both totally distraught, “I don’t know how we will make our way through this process, but I know we will.”

These principles are essential tools for anyone who has lost their home in the recent North Bay fires, and are also just as vital for anyone providing assistance to someone in that situation. It’s not to say that there won’t be moments of sheer anger, sadness, and regret, as one replays the day or the weeks before, or even back to the day where the property was purchased. Depending on one’s philosophy, the anger and regret can fan out even wider: why didn’t the utility companies manage their facilities better, why doesn’t the architecture profession build fire-safe buildings, why is our infrastructure so inadequate to deal with these predictable disasters? But over and again, one must return to the tasks at hand.

Here are some suggestions as to how to proceed most effectively.

Understanding What Needs to be Done

For most everyone there will be four core sets of tasks:

The first task, obtaining interim housing and possessions, will rarely involve any legal issues, other than obtaining an initial insurance payment from the carrier. Task two, clearing the lot, can raise questions of who will do it (which may be resolved by a county-wide clearance program), who pays for it, and how to address complicated items (like damaged trees and in-ground infrastructure such as tanks or pools). This can be a complicated project for large lots with multiple structures, but for most property owners, it doesn’t trigger any legal issues.

Tasks three and four are likely to trigger legal concerns. The Declarations Page of the insurance policy is the first place to start, so as to understand the limits of each category of coverage. The policy itself needs to be reviewed: most of them are fairly standard these days, but there may be particular areas of concern.

Compiling the Information for the Insurance Claim

Most policies base the amount they will pay for the dwelling coverage on the replacement cost – which is the cost in today’s dollars (taking into account the post-fire construction marketplace) to rebuild the structure that was destroyed. Figuring out that cost is often surprisingly difficult: one must create as-built plans if the owner or county doesn’t have the original building plans, hire a contractor (a cost that the insurance company should reimburse) to prepare a construction estimate that takes into account current building codes and the inflated prices in a post-fire disaster bidding climate, and present that information to the insurance adjuster. If the structure was historic or particularly complicated, or if it appears that the limit on coverage will be less than the replacement cost, it may make sense to retain a “public adjuster” to help present the claim.

Contrary to the term, a public adjuster is a private advocate (as opposed to an adjuster working for the insurance company) who knows the insurance policies and practices, and can guide you and be your advocate during the process. Because the right to basic coverage is not in question, public adjusters typically charge 10-15 percent of the total recovery, rather than a larger contingency percentage that lawyers contesting a broader claim would charge.

Lawyers rarely are needed in this process, unless it turns out that the coverage limits are inadequate. In that case, a separate claim for insufficient coverage may need to be raised against the insurance company, based upon the liability of the agent who set the amount when the insurance policy was issued. These claims are handled separately from the policy claim and are paid from a separate pot of money (the insurance company’s own liability coverage rather than the basic insurance coverage) and thus will greatly complicate the claim.

Based upon my experience, it typically takes about six months to compile the information for the claim (possibly less for a subdivision home), and another three months to resolve the claim. Some companies will release the basic level of policy coverage in advance of the claim submittal, but it is essential that no one sign a global release until the entire claim is resolved. The claims for secondary structures (e.g., garages or workshops or winery structures), personal property and landscaping are generally easier to resolve, as they involve smaller amounts of money. Valuing lost personal property, however, can be thorny, especially if there were personal items of vague market value, works of art, or business-related items. If there was a business operating at the site, the claim can be vulnerable to a lack of insurance for that particular category of loss. Loss of use is usually rather simple to resolve, and in fact, most claimants don’t even use up all they are entitled to unless their rent for the temporary home is especially high.

Once the claim is submitted, the negotiation process commences. There is no formal set of rules here. Some companies will convene a settlement meeting – and if so, you should be sure to bring an advocate (either a friend, lawyer, contractor or architect who isn’t a fire victim, and thus can think more clearly), so you aren’t alone in the room with the adjuster. Others will try to resolve the claim by email or phone or letter, and only convene a meeting if the resolution process leads to an impasse. Sometimes the company will prefer to resolve each category of claims separately, and others will allow a global settlement. Combining several of the claims of one policy holder can be very useful if there are some areas of disputed claims.

In our settlement, for example, we accepted a somewhat lower amount for the home rebuilding cost in exchange for full payment of our personal property claims, which included some items of disputed coverage. In some instances there cannot be a full settlement until the rebuilding process is completed, as the actual cost and duration of construction won’t be known until then. Settling the claim will be especially difficult, of course, if there is a claim for inadequate coverage as well.

To Build or To Buy?

Perhaps the hardest question that needs to be resolved is whether to rebuild on the fire-damaged lot or take the insurance money, sell the land, and buy somewhere else. There are multiple layers of intertwined components to this decision, and most often there is no clearly right or wrong choice. Here are the core concerns that are involved in this decision:

Finding one’s way through this maze is not simple, and counseling those facing these challenges requires a sensitivity to the broader picture. On the one hand, the losses can be enormous, especially for those who lost family members or their own creative work, or irreplaceable works of art or personal memorabilia. On the other hand, many claimants will have adequate insurance, a good family support system, and enough resources (both personal and financial) to make their way to the other end of this process.

In a world filled with refugees and victims of war and natural disasters whose losses are not covered by insurance (think Syria, Haiti, Puerto Rico, or most recently, those who suffered in the North Bay fires and are uninsured renters or undocumented immigrants), the safety-net available to those who suffered losses in these recent fires should provide enough resources for a full recovery. But in each moment, in the face of each insurance company demand or local Planning Department form, moving forward will often feel enormously difficult.

One last suggestion, both for those who have suffered and those who are helping them: don’t feel overly rushed, and be prepared to take some time off during the recovery process. Even six months after the Oakland fire, I found I could only work about four days each week. Whether it was a fire-related task or a client obligation, it just all started to seem too difficult to get anything done by Thursday afternoon. My reservoirs of competence and optimism – which generally are pretty abundant – would be drained after four days of performance, and I simply needed to return to my temporary home, spend time with my friends, take a walk, watch a movie or cook dinner, until I was able to face the next week’s challenges. And even months later, sometimes the smallest sort of difficulty would set off a renewal of “fire disaster blues,” and I would need to take the rest of the day off. We accepted the offer of a friend’s beachfront condo in Mexico a month after the fire, and we never regretted this weeklong delay in the insurance claim process.

Recovering from an intense loss takes time, and allowing everyone the time they need to make it through this process will greatly reduce the difficulties so many victims will have to face.

Frederick Hertz is a real estate and family law attorney and mediator, based in Oakland. He is the author of numerous Nolo Press books for unmarried and same-sex couples, and the author of the ABA treatise Counseling Unmarried Couples.