Probate Court Update: News from the Court and Important Reminders About Compliance with Rules

Lessons Learned and Looking Ahead

Report on the First—and Hopefully Not Annual—Remote Judges’ Luncheon

2021 Officers & Board of Directors Slate Announced 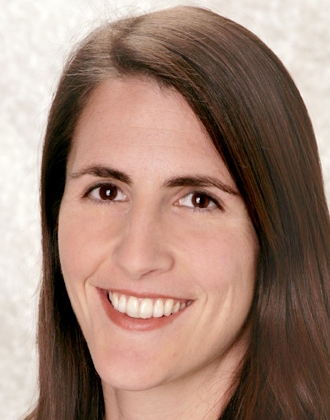 An African-American renter found a new home in Marin and moved in. Her landlord told her that her neighbors would be upset that she had rented to an African-American. The landlord began harassing the tenant, and following a dispute about rent, placed a sign in her window: “Black Section 8 Tenant – Shameless [tenant’s name].” This tenant’s story of racial discrimination is devastating and is even more disturbing because it happened within the last year.

This year marks fifty years since the federal Fair Housing Act was enacted. After the assassination of Martin Luther King, Jr., 125 cities erupted in riots. Seventy thousand military troops and National Guardsmen were deployed in twenty-nine states. One week later, in an attempt to address racial segregation and discrimination, Lyndon Johnson signed the Act into law.

The Fair Housing Act protects individuals from discrimination in the sale, rental and financing of housing based on race, color, national origin, religion, gender, disability and familial status. In California, there are additional protections for marital status, sexual orientation, immigration status, citizenship, primary language, ancestry, source of income and arbitrary characteristics such as age or physical appearance through the California Fair Employment and Housing Act.

Fast forward to 2018. Fair Housing Advocates of Northern California (“FHANC”), formerly known as Fair Housing of Marin, a nonprofit organization serving Marin, Solano, Sonoma and other Bay Area counties, works to ensure equal housing opportunity and to educate the community on the value of diversity in our neighborhoods.

Based in San Rafael, and celebrating its 32nd year serving our community, FHANC is a HUD-Certified Housing Counseling Agency which provides free fair housing counseling, investigation, enforcement, mediation, and legal or administrative referrals to those who have experienced housing discrimination. FHANC also provides foreclosure prevention counseling for distressed homeowners. FHANC staff may represent tenants in the administrative complaint process, and as an agency with standing, sometimes brings administrative complaints and lawsuits in order to change discriminatory housing policies.

For property owners and managers, and other real estate professionals in both the private and public sectors, FHANC provides fair housing law training programs and seminars. Community and tenant groups can also schedule fair housing presentations.

For homeowners suffering a financial hardship, FHANC provides guidance on eligibility and qualifications for participation in federal and state programs to help them stay in their homes, maintain an affordable mortgage payment, and avoid foreclosure.

For homebuyers, FHANC offers pre-purchase education workshops in English and Spanish in the fall and spring, with the next English workshop scheduled for March 1. FHANC’s website is also a fantastic resource for best practices and legal information for tenants, landlords, homeowners and other industry professionals.

FHANC conducts on-call housing discrimination investigations, wherein trained testers take on the role of someone inquiring about housing and report on their experience. Testing is critical to the enforcement of fair housing laws and serves to expose discriminatory practices and patterns that might otherwise go undetected. The reports can be used as evidence in support of a housing discrimination complaint.

For example, FHANC recently conducted a two-part investigation at a property in Marin, using callers with racially-identifiable voices. In both instances, the housing provider refused to schedule a private appointment with the African-American callers; however, when speaking with Caucasian callers just hours later, he agreed to meet without question and offered a lower security deposit.

Another, lesser known piece of FHANC’s advocacy work is its investigations of bank-owned (REO) properties, which commenced in 2013. On February 1, 2018, FHANC, together with the National Fair Housing Alliance and eighteen other fair housing organizations around the country, filed a lawsuit against a Deuschte Bank, its loan servicer, Ocwen Financial, and its property manager, Altisource Portfolian Solutions, related to their failure to maintain and market Deuschte Bank’s REO properties in neighborhoods of color compared to white neighborhoods. FHANC and its partners filed a similar lawsuit last year against Fannie Mae.

Learn More and Get Involved

On April 25, to celebrate Fair Housing Month and to commemorate the 50th anniversary of the Fair Housing Act’s passage, FHANC will present the 2018 Fair Housing Conference at the Embassy Suites Hotel in San Rafael, which will feature experts in the fair housing field who will address pressing fair housing concerns affecting Marin County and the Bay Area, and offer strategies to promote equal housing opportunity.

The examples of blatant discrimination cited above provide a glimpse into the kind of work still required, fifty years later, to continue the fight for equal housing opportunity. If you are looking for ways to get involved, FHANC is always looking for volunteers interested in becoming testers. If you are interested in helping to uncover illegal housing discrimination, please email or call Katherine Collado at 415.483.7516. FHANC is also seeking committed board members and donations are always welcome. If you are interested in learning more, please email or call FHANC’s Executive Director, Caroline Peattie at 415.457.5025.

Nicole Çabalette is a member of MCBA's Board of Directors and a partner at Keegin Harrison LLP, with a transactional practice emphasizing business, real estate law and estate planning.