Thoughts on the #metoo Movement 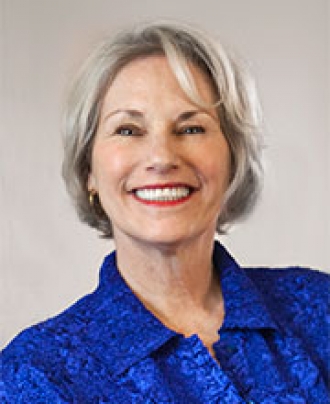 Sexual abuse is directly related to gender bias because many women have been sexually abused but have remained silent about it for most of our lives. We have done so because in our families, schools, and work we learned that we must just accept the unequal treatment and abuse and then not cause a stir about it or else we would be seen as troublemakers or as weak. So, many of us kept silent. Those of us in the legal profession are no exception.

Recently, my friend Eileen Barker and I were discussing “RBG,” the documentary film about Ruth Bader Ginsberg. Eileen remarked about how we women have been brainwashed to accept our unequal status of second-class citizens and how deep rooted this acceptance is. Our acceptance has silenced us. I also found disturbing how much was made about Justice Ginsberg’s husband being supportive of her and his respecting the work of women. Why is this so unusual? Why is it not the norm that both genders are treated with equal respect and have equal opportunities? It is because gender bias and the resultant sexual abuse are part of the fabric of our society.

In 2006, civil rights activist Tarana Burke began using the term, “Me Too,” on Myspace to promote “empowerment through empathy,” particularly among young women of color who had experienced sexual abuse. Her intention was to raise awareness of the pervasiveness of sexual abuse and assault in society. Burke was particularly moved when a thirteen-year-old girl with whom she worked confided to Burke that she had been sexually assaulted. Burke later regretted that she had not simply said to the girl, “Me too, I too was sexually assaulted.” Instead, Burke kept silent.

In October 2017, following the publicity of Harvey Weinstein’s serial abuses, actress Alyssa Milano encouraged using the hashtag, “#metoo,” on Twitter and encouraged women to speak out about how they were victims of sexual harassment and rape in the entertainment industry to “give people a sense of the magnitude of the problem.” Early high-profile posters with stories of sexual abuse included: Gwyneth Paltrow, Ashley Judd, Jennifer Lawrence, Uma Thurman, Lady Gaga, Debra Messing, Elizabeth Warren, Angelina Jolie, Laura Dern and Ellen DeGeneres.

Milano tweeted the phrase, “Me Too,” around noon on October 15, 2017 and by the end of the day, it had been used more than 200,000 times and tweeted more than 500,000 times by the following day. On Facebook, more than 4.7 million people used “Me Too” in 12 million posts during its first 24 hours. The platform reported that 45% of users in the United States had at least one friend who had posted using the term. Since then, the hashtag has trended in over 85 countries.

Could this really be? Could sexual harassment be so pervasive? Could even Dr. Huxtable have been drugging and raping women for years? For many of us, the allegations themselves are not a surprise. What is astonishing is how widespread the sexual abuse is. Information has come out that over 60% of U.S. female medical trainees and students experience harassment during training though most do not report the incidents and over 55% of U.S. female government workers have reported being sexually harassed at work.

As a result of this movement, institutions and agencies have made commitments to change. Promised steps include:

Time Magazine chose the #metoo Movement as “Person of the Year” for 2017.

My dad, a homicide detective, taught me never to show weakness or talk about hardship, and to remain tough at all costs. Although many bad things have happened to me, I have not spoken about them because I did not want to appear weak and because, honestly, I felt somehow responsible for letting those things happen to me. However, I have come to believe that real strength comes from being vulnerable and honest.

I have been sexually harassed at work since my first waitress job at 16. I said nothing about being “ordered” to wear my uniform tighter and shorter, or being groped by the boss, because I needed the work and did not want to appear to be a “troublemaker.” When I was a law clerk in a large firm, a name partner came very close to raping me after weeks of making sexual comments and my dodging his invitations to dinner “work” sessions. He only stopped when one of his partners walked in while he had me pinned to the conference table. One of the female associates to whom I had confided told me that he just gets “frisky” before trial and the firm cuts him slack because he is a great rainmaker and successful trial attorney. I found another job and remained silent.

Personally, I like many men and even love some. I enjoy working with men, and I feel no need for revenge or punishment. I realize that some men are confused, and feel persecuted as a result of the #metoo movement. That’s a terrible place to be. It makes one feel misunderstood, defensive and powerless. It’s a place, however, where most women live all the time. Perhaps it would be beneficial now for men to go deep into those feelings and learn from those feelings how profound gender inequality is and what they can do to change it. Men may realize that they too are products of the culture and that much of their past, and even present behavior, perpetuates the culture of harassment and abuse. We need men as allies, as teachers of other men, as role models for boys and as supporters of women.

How many women feel:

We feel demeaned and diminished.
We feel judged and shamed.
We feel afraid of losing our jobs and of not being believed.
We feel guilty that we were not able to stop the abuse.
We feel angry.

We want to be heard and understood.
We want change in society, families, schools, jobs, and religious institutions.
We want to stop being demeaned and harassed.
We want respect.

Perhaps for all women, now is the time for us to step forward, to end our silence about what has happened to us, even if it is uncomfortable. It is uncomfortable. It is also empowering to show one another, and particularly our daughters, that it is not weak to speak out and break the silence. It is truly brave. In that spirit, I can now say, “Me too.”

Eileen Barker and I are planning a #metoo discussion for women in the legal profession who have been sexually mistreated. The purpose is to share our stories and to explore what we might need to move on in our lives. Women interested in participating are invited to contact us at bmonty@montywhitelaw.com.

Barbara Monty is a partner at Monty White LLP and mediator with Resolution Remedies.