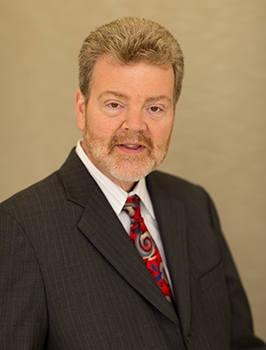 The Marin Lawyer sat down with Scott Buell, mediator and MCBA’s newest board member, who stepped in when Toussaint Bailey stepped down to run a wealth management firm. Scott shared with us an interesting look at his career and the role the Affordable Care Act played in making his current career feasible.

What is your practice area?

I like to think I’ve entered the third phase of my career—as a full-time mediator at Buell Law and Mediation. I primarily mediate personal injury cases; however, I have been increasingly intrigued by mediating cases where the parties need to maintain some degree of ongoing personal relationship past the resolution of the case at hand. I’ve also become fascinated by the restorative justice movement.

The first phase of my career was fifteen years as a public defender at the Legal Aid Society of New York City, later at New York County Defender Services. It was difficult, sometimes frustrating work and often under less than ideal circumstances. You tend to meet people on their worst day. Despite this, I enjoyed working in the trenches and even felt I occasionally made a difference in people’s lives. I especially enjoyed the camaraderie with my co-workers.

It’s important here to add in what was a major life-changing event: In January 1991, I was diagnosed with Stage 3 Hodgkin’s lymphoma. I underwent six months of chemotherapy and thereafter radiation treatment. The treatments appeared to be successful and by the early spring of 1992, there was no sign of the disease in my body. This made it all the more shocking when in July 1992, after experiencing some odd symptoms, another biopsy discovered the disease had returned, this time Stage 4. I was advised my best shot at survival was undergoing a bone-marrow transplant, which I underwent the following year. It was a surreal and frightening experience; it was also an experience not without some positive attributes. Not to be Pollyannaish, I believe the experience made me a better, more empathetic person and lawyer. I have tried to remind myself going forward of the duality of human experience, how things can be simultaneously good and bad. It’s been twenty-five years and fortunately, the memory of that time seems more distant every day.

The second phase of my career was as a trial attorney for three different liability insurance carriers in the Bay Area between 2002 and 2015. I had never engaged in civil practice prior to coming to California and it required a new way of evaluating the value of a case where the risk of going to prison did not have to be factored into the equation. The civil practice brought with it a requirement for an alternative dispute resolution process which in California is primarily mediation. I enjoyed attending mediations and met a lot of very effective mediators.

What turned out to be the most lasting aspect of my cancer experience was that I was considered to have a pre-existing condition. Health insurance carriers could deny coverage to people like me who merely had the misfortune of surviving a serious illness. While I enjoyed trying cases, it became clearer to me mediation was almost always a superior way to resolve a case as opposed to the expense and uncertainties of a trial. I thought I would enjoy being a mediator, and took some mediation training courses, but never really thought it was a realistic possibility given my pre-existing condition status. That changed when the Affordable Care Act (ACA) was passed. I didn’t expect to ever be in a position to open my own mediation office, but the third phase of my career is truly the charm.

Why did you decide to become a lawyer?

I’d love to say it was because the law had always fascinated me, but actually, I tended to make fun of the "serious" pre-law students I met in college. I was an English Lit major and was otherwise busy playing guitar. When graduation came, I wasn’t sure what I wanted to do, but I knew I wanted to continue with my education. I rationalized going to law school as a way I would ultimately make enough money to build a home recording studio. Thirty-two years later, I still don’t have a proper home recording studio. I have enjoyed most aspects of practicing law over the past three decades and I’m more excited than ever to use my training as a mediator along with my prior experience to help people resolve their cases and problems.

Why did you choose to live in Marin?

I had never been to Marin County (or even California) prior to 1998. I was perfectly happy living in my co-op apartment along the Brooklyn Heights Promenade. However, my best friend and law school housemate met a woman from the Bay Area and they moved to Marin County to be married. I was asked to be the best man and when I arrived for the wedding I was blown away at how beautiful it was. October is a particularly gorgeous month weather-wise especially compared to the autumn cold weather creeping into New York City. My friend had just finished taking the California bar exam and he noted his bar review books were as current as they would ever be, so on a lark with his encouragement, I brought them home with me to study. I took the California bar exam in the Spring of 2000. When I found out I passed, I took it as a sign I was destined to move here. I sold my apartment and everything I owned except for what I could fit in my Toyota Camry and drove across the country.

I initially lived in San Francisco, but later moved to San Rafael and now Novato. One remarkable quality of Marin life is the access to nature and hiking trails, but Marin also provides easy access to San Francisco, Napa/Sonoma wine country, and the Pacific Ocean. I felt like I was on permanent vacation for the first several years living here. I sometimes think people born in Marin don’t fully realize how fortunate they are to live in such a wonderful place.

What do you love to do when you're not busy practicing law?

When I’m not mediating cases for clients, I volunteer my services as a pro tem settlement panelist here in Marin and through the MCBA’s Modest Means Mediation panel. I also serve as a settlement conference panelist in Sacramento County and mediate cases for in pro per litigants through the Congress of Neutrals in Contra Costa County. Outside of that, I spend my free time with my wife Grace mostly puttering around the house. We’re celebrating our tenth wedding anniversary this month. We’ve been living in Novato since 2012 and are very happy here with our cat, Moby, who controls both of our lives more than we care to admit. I still play guitar but not nearly as much as I used to. I’m working on changing that. I switched to a plant-based diet nearly two years ago which has had a positive impact on my health. Another major advantage of Marin County life is having access to excellent farmers markets at least twice a week. I still love reading. I hike between five and ten miles daily, and since that takes an hour or two every day, I often combine that with listening to audio books or podcasts. As I read this over, it doesn’t sound particularly exciting, but we love it.

If you could pursue any career other than law, what would it be and why?

I’ve played guitar since I was a young teenager and throughout high school I was convinced I was headed for rock stardom. That conviction lessened through college and even more so through law school. Nonetheless, I sometimes viewed being a trial attorney as performance on a much smaller stage for an audience of twelve. More realistically, I think I would enjoy being a literature or history professor. I am a voracious reader, especially about history and politics. I spent a semester of my junior year in college in London, so the possibility of scholastic trips abroad as a professor always seemed appealing.

Why did you join MCBA?

I’ve never been much of a ‘joiner.’ When the ACA was found to pass constitutional muster in 2015, I decided I was going to open a mediation practice in San Rafael and joined the MCBA. I had previously worked only for non-profit or corporate law offices that provided relatively substantial support for their attorneys and I was hopeful I could look to the MCBA for such support for my solo business. When I opened my office in January 2016, I immediately joined the Alternative Dispute Resolution (ADR) Section where I found many experienced practitioners who were wildly supportive and encouraging. I began to volunteer with the ADR Section, helping to find presenters for our monthly MCLE/lunch meetings. In 2017, I was the Secretary/Treasurer and I’m proud to say I’m the 2018 Chair of the ADR Section. Joining the MCBA was one of the smartest decisions I’ve made since opening my mediation practice. I’m looking forward to my tenure on the Board.

If you could pick a single highlight of your career, what would it be?

During a night arraignment session in 1995, I was assigned a case of a sixty-four-year-old man named Eddie Brown. Mr. Brown’s car had been struck by another vehicle in Brooklyn. It was a minor accident, and no one was injured. However, when the police came to investigate, a routine warrant check revealed Mr. Brown was an escapee from a Florida chain gang in 1952. The circumstances behind his escape were dramatic and remarkable. He made his way to Brooklyn where he married, had several children, grandchildren and great-grandchildren. He lived an exemplary life for more than forty years and at various times was the president of his neighborhood block association. His family did not know about his past. When I met him, he was in poor health: he had diabetes, high blood pressure and a heart condition. Suddenly, Florida was seeking his extradition to be returned for the balance of his sentence and to be prosecuted for his escape. His family rightly feared he may not survive extradition.

Since Mr. Brown’s prospects of legally challenging his extradition were less than ideal, we eventually decided to take his situation to the New York Times, after which it blew-up into a nationally-covered story. Happily, after lengthy negotiations, Florida’s governor ultimately decided to withdraw the warrant and allow Mr. Brown to resume his quiet life in Brooklyn. His case took nearly a year to resolve (he initially spent about a month in jail before I was able to convince a judge to allow him bail) but doing so without Mr. Brown even having to be extradited to Florida made a tremendous difference in his and his family’s lives. As satisfying as it was to be a part of that, I still hope the best highlight of my career is yet to come.