Reflections on the Court's Evolving Role in Our Community

By Hon. Verna A. Adams 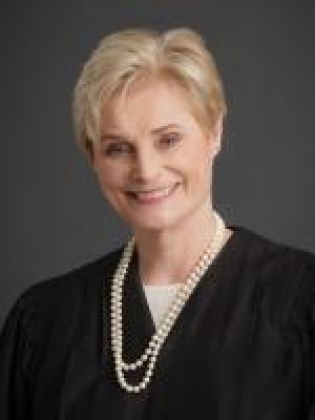 As I approach the twenty-year anniversary of my swearing-in, I have been thinking about how the Marin County Superior Court’s work has expanded and evolved as we strive to fulfill our mission: “To ensure fair and equal access to justice and serve the public with dignity and respect.”

I became a judge in 1999, a time of great change for our court. Court consolidation had just been implemented in Marin, eliminating Municipal Court and folding all of its functions into the Superior Court. Three of our muni court judges automatically became superior court judges as a result. Trial court funding had become law two years before, with the result that the new consolidated court’s budget came directly from the state, and not from the county.

Another change profoundly affected our judicial work, but it did not come from the voters or the legislators. That was the increase in the number of self-represented litigants. That trend continues to this day. I estimate that in more than 75% of the family law cases currently assigned to me, at least one of the parties is a self-represented litigant.

In response to this increase, the Legal Self-Help Center of Marin opened its doors in 2003. Currently, the LSHC is funded primarily by the court and staffed by two bilingual attorneys and two dedicated court clerks. It is entirely free of charge and it serves about 4,500 clients per year. The Court as a whole and all of the judges are alert to the needs of our growing number of self-represented litigants.

When I was sworn in, we had one specialty court: Adult Drug Court. It has been a stunning success and it is still up and running, currently under the guidance of Judge Paul Haakenson.

In 2004, the Superior Court convened Mental Health Court, which we call STAR (support and treatment after release) court. Its purpose is to identify criminal defendants whose criminal conduct appears to be caused by mental health challenges, and to assist them with treatment in an effort to reduce recidivism and improve the quality of these defendants’ lives. STAR Court was initiated with no funding but with the support of the District Attorney, the Public Defender, Probation, and the Department of Health and Human Services. Judge Lichtblau currently presides over STAR court.

Domestic Violence Court started sometime in the mid-2000s. This post-plea court is designed to closely supervise those convicted of misdemeanor domestic abuse and includes a strong element of mental health treatment where appropriate, anger management and batterers’ treatment in an effort to reduce recidivism and to make our community safer. Judge Howard is in charge of Domestic Violence Court.

Judge Beverly Wood began Community Court in 2011, and she has presided over it ever since. Community Court meets at St. Vincent de Paul in downtown San Rafael, and is staffed entirely by volunteers, including attorneys, court clerks, and a bailiff (and Judge Wood, who does this on her own time). The effort here is to give low income people convicted of minor infractions and traffic offenses an opportunity to discharge their fines and to receive appropriate community services. It has been a great success and has received many awards and much recognition.

Our court also supports YMCA Marin County Youth Court, begun as an alternative to the traditional juvenile justice system, based on the principles of restorative justice. Currently Judge Chernus serves as the Youth Court judge (again, on his own time), with backup from Judges Howard and Wood.

We judges have not forgotten that our core function is to adjudicate controversies, settle cases if possible, and try cases if settlement cannot be achieved. However, we are aware that sometimes a litigant’s legal problem may be a manifestation of other, personal, challenges, such as substance abuse. The growth of specialty courts and the Legal Self-Help Center show the Marin County Superior Court’s creativity and resilience in finding ways to serve the needs of our county’s residents even in these times of budgetary cutbacks. Of course, we could not do what we do without the support and volunteerism of the Bar Association, and we are always mindful of and grateful for our collaboration with all of you.

Judge Verna A. Adams was appointed to the Marin County Superior Court in 1999. She earned her bachelor's degree from Wellesley College and her law degree from Stanford University.