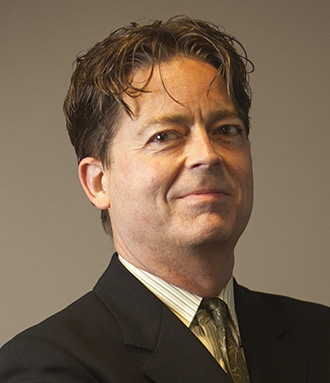 Certainly one of the most basic civil rights is the right to be raised in an environment free from abuse and neglect. While we have a long way to go as a society to make this a reality, we are trying. Jill McInerney brings us some rare good news on this front, reporting that Governor Newsom’s budget for the upcoming fiscal year will likely include a substantial funding increase for juvenile dependency counsel. The effect will be to reduce the caseloads of these dedicated lawyers to a level that starts to approach giving adequate representation to perhaps our most vulnerable citizens. Few lawyers would disagree that adequate representation is a key component of civil rights.

On the occasion of the 55th anniversary of the Civil Rights Act, Professor Chris Goodman reflects on the progress, or the lack thereof, we have made. She notes the still dramatic income and wealth gaps among whites and people of color, the underrepresentation of people of color in the workplace, and de facto segregation in housing and education. A lot remains to be done.

If you attend the upcoming June membership luncheon where Professor Rory Little will review the Supreme Court’s term, you can ask him for his thoughts on three important LGBTQ civil rights cases the Court just accepted. You can read about them in David Nahmias’ excellent summary. I am sorry to say that many straight, well-educated and otherwise knowledgeable people I know do not realize that in much of our country you can still be fired for being gay or transgender. The only real progress on that front on the federal level has come through the courts, which in some cases, and most definitely not in others, have applied the Civil Rights Act’s Title VII protections against discrimination “because of sex” to sexual orientation and gender identity. The Supreme Court will likely either extend those federal protections to the entire country or eliminate them where they now exist. We should know in about a year.

Did you know that the MCBA’s own Matt White (one of a bevy of former MCBA presidents fêted at our May 22nd reception) chairs the Marin Human Rights Commission? Did you know there was a Marin Human Rights Commission? You can learn about it in Matt’s article. And don’t miss our reprinted civil rights articles, which address everything from landlord disability accommodations to the right to sleep on the sidewalk.

I hope you enjoy another online-magazine edition of the Marin Lawyer. Don’t forget that you can still read it on MCBA’s website or you can print the magazine as a pdf to take with you.

Rob Rosborough is Of Counsel to Monty White LLP. He mediates disputes where an ongoing relationship is at stake, particularly adult-family conflict such as disagreement over caring for an aging parent and HOA disputes. He maintains an estate planning, HOA and general advisory and transactional law practice focusing on personal and small business issues. Rob also teaches at USF’s Fromm Institute (conflict resolution and history of science) and helps lawyers cope with the practice of law by teaching them meditation skills as a certified iRest® meditation teacher.