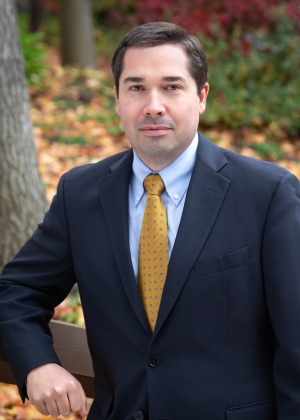 Clients frequently demand “bulletproof” trusts from their estate planning attorneys. Concerns about contests based on lack of capacity, undue influence, or even claims that a family member procured the trust through financial elder abuse weigh on our clients’ minds. Unequal distributions or family members’ feelings of entitlement to certain property amplify these concerns.

The revisions to Probate Code section 21311 limit the effectiveness of no contest clauses, leaving estate planning attorneys with few tools to assure protection of a trust or amendment. There remains, however, an infrequently used avenue within the Probate Code to leverage res judicata and collateral estoppel to preclude contests: inter vivos petitions to confirm the validity of a trust.

Among its many provisions, Probate Code section 17200 permits a trustee or beneficiary to petition the court “to determine the existence of the trust.” (Prob. Code, § 17200, subd. (a).) Similarly, they may petition to determine “the existence or nonexistence of any immunity, power, privilege, duty, or right,” “the validity of a trust provision,” and to “ascertain[ ] beneficiaries and determin[e] to whom property shall pass … upon final or partial termination of the trust.” (Prob. Code, § 17200, subd. (b)(2)-(4).)

While uncommon, case law supports the use of such petitions. In Conservatorship of Irvine (1995) 40 Cal.App.4th 1334, the court held that Probate Code section 17200 “‘specifically authorizes’ the use of petitions for instructions regarding the validity of trust amendments.” (Id. at p. 1342.) The court considered the terms of various trust amendments during the lifetime of the settlor, and passed upon them. It rejected the settlors’ children’s argument that it “had no authority under section 17200 to invalidate a trust agreement or amendment while the trustor is still alive.” (Id. at p. 1341.)

Similarly, in the much-maligned Drake v. Pinkham (2013) 217 Cal.App.4th 400, the Court of Appeal held not only that parties may bring petitions regarding the validity of trusts during the settlor’s lifetime, but that under certain circumstances they must do so or be barred by the doctrine of laches. (Id. at p. 407.)

The goal of these pre-death petitions is to protect a trust instrument from subsequent challenge. The doctrines of res judicata and collateral estoppel provide this protection.

“The doctrine of res judicata precludes parties or their privies from relitigating a cause of action that has been finally determined by a court of competent jurisdiction.” (Bernhard v. Bank of America (1942) 19 Cal.2d 807, 810-11.) “The doctrine [of res judicata] is applicable in probate proceedings.” (Lazzarone v. Bank of Am. (1986) 181 Cal.App.3d 581, 591, citing Estate of Charters (1956) 46 Cal.2d 227, 234.) “In its primary aspect the doctrine of res judicata [or ‘claim preclusion’] operates as a bar to the maintenance of a second suit between the same parties on the same cause of action. … The secondary aspect is ‘collateral estoppel’ or ‘issue preclusion,’ which does not bar a second action but ‘precludes a party to an action from relitigating in a second proceeding matters litigated and determined in a prior proceeding.’” (Murphy v. Murphy (2008) 164 Cal.App.4th 376, 398.)

Importantly, such an order would not constitute res judicata or collateral estoppel as to the validity of any subsequent amendment.

An inter vivos petition to confirm a trust’s validity does not come without some significant practical considerations. Most notably, by filing the petition and providing notice to beneficiaries, it potentially exposes the client to protracted, unpleasant and potentially wasteful litigation over an instrument that they may later choose to amend. Even if the client chooses to later dismiss the petition, it may prompt family members to pursue a conservatorship or a trust contest of their own under Drake v. Pinkham, supra, 217 Cal.App.4th 400.

On the other hand, by involving the settlor in the petition, it may dissuade parties who might otherwise contest the trust from getting involved. Their involvement could provide a settlor persuasive rationale for further reduction of their gift and raises the difficult prospect of arguing against the wishes of a settlor who is able to appear in court. Moreover, allowing the settlor to explain his or her rationale for the terms of the trust eliminates the largest question looming over most post-death trust contests: what the decedent wanted and why.

While these petitions can potentially serve as powerful tools to protect the integrity of a trust instrument, they should only be used after fully counseling the client on all of the ramifications.

Andrew R. Verriere is an attorney at Hartog, Baer & Hand APC in Orinda, California. His practice focuses on estate and trust litigation, conservatorship litigation, and financial elder abuse litigation. He also serves as a discovery referee and accounting referee. You can contact him at averriere@hbh.law or 925.253.1717.