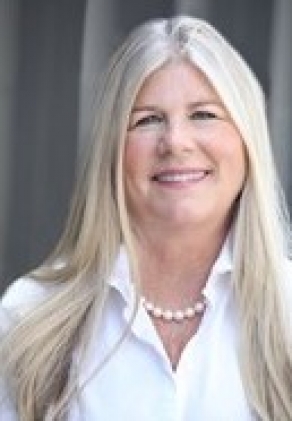 Mediation plays a critical role in our justice system and faces a difficult, yet glaring, challenge with respect to a lack of diversity. Organizations, including but not limited to the American Bar Association and the United Nations, strongly believe that enhancing diversity in dispute resolution is integral to increasing the sustainability and relevance of mediation and arbitration.


Last year, in an effort to increase diversity in dispute resolution, the American Bar Association adopted Resolution 105, which states:

RESOLVED, That the American Bar Association urges providers of domestic and international dispute resolution services to expand their rosters with minorities, women, persons with disabilities, and persons of differing sexual orientations and gender identities (“diverse neutrals”) and to encourage the selection of diverse neutrals; and

RESOLVED, That the American Bar Association urges all users of domestic and international legal and neutral services to select and use diverse neutrals.

Resolution 105 strongly encourages providers and clients of ADR professionals to consider diversity in their selection process. It identifies the problem as two-fold:

1) A “roster issue” of underrepresentation on ADR providers’ panels; and
2) A “selection issue” where diverse neutrals actually on such panels are not selected.

As of December 2016, minorities represented 16% of law firm associates and partners and women 35%. Research shows that diversity within ADR significantly lags the legal profession as a whole, leading ADR to be described “as the least diverse corner of the profession.”1

The Report to the ABA delegates on Resolution 105 enumerates various factors that contribute to this bias, from the network-based and confidential nature of the profession, to the lack of transparency of the selection process and lack of public awareness of diversity issues in the field. Please read the full report.

Women’s involvement in mediation was a theme that reverberated throughout an open debate of the UN Security Council in August, 2018. Over 70 delegates called upon the United Nations to ensure that women are involved meaningfully and equally as mediators, leaders and decision-makers, from national to local levels.

The United Nations noted that women comprised just two percent of mediators in major peace processes between 1990 and 2017. Yet women’s involvement before, during and after negotiations demonstrate successful contributions to lasting agreements. One of several examples mentioned was the critical work of the Northern Ireland Women’s Coalition in achieving the Good Friday Agreement, which celebrates its twentieth anniversary this year.

The number of diverse neutrals utilized, nationally and internationally, is astonishingly low. And yet, over the last ten years, there has been a steady increase in awareness of mediation as well as a rise in alternative dispute resolution programs and certifications. As a result, a new generation of mediators, many with ADR-related undergraduate degrees, is emerging on the scene. These mediators bring unique experience, diversity and tremendous untapped potential to the profession.

Many ADR organizations recognize the benefits of diversity and inclusivity and promote inclusion riders in contracts. Others have created pledges for action to encourage equal opportunity for women in arbitration. See, for example, the group Equal Representation in Arbitration’s 10 Pledge Resolutions for 2019.

I ask MCBA to create a committee to establish a diversity pledge for our membership. This would be a solid initial action to acknowledge the underrepresentation of minorities, women, persons with disabilities, and persons of differing sexual orientations and gender identities (“diverse neutrals”) in alternative dispute resolution and would align with ABA Resolution 105. I recall about twenty years ago being part of the committee that drafted the Code of Civility adopted by MCBA. Let’s demonstrate our support for best practices of our legal profession by promoting opportunities for all.

1Ben Hancock, ADR Business Wakes Up to Glaring Deficit in Diversity, Law 360 (October 5, 2016) at p. 4
Mary McLain is an attorney-mediator and the founder of McLain Mediation. Mary holds an LLM in Dispute Resolution, has over 30 years of experience in negotiations and litigation and has trained over 700 mediators. As a professor and national and international trainer, she teaches courses including mediation, negotiation, emotional intelligence, civility, diversity, ethics, growth mindset and leadership. She is a Distinguished Fellow of the International Academy of Mediators.