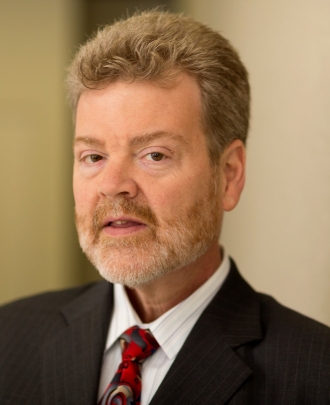 Yet another capacity crowd at the June 26th MCBA general membership meeting heard Professor Rory Little offer a captivating summary of the U.S Supreme Court’s 2018-2019 term. The Court heard 69 cases, ten more than last term, but still well below the 150 or more typical of the 1980s.

Justice Kavanaugh’s first term since his controversial nomination hearing (which caused him to miss the first few days of oral argument) distinguished the year, which also meant the term was the first that both of President Trump’s appointees to the Court sat together. Professor Little pointed out that Justice Kavanaugh and Justice Gorsuch did not always vote the same way. For example, in criminal cases Kavanaugh voted in a “conservative, mainstream way…almost a lockstep vote for the institutional criminal justice system as we have it today.” On the other hand, in four cases Gorsuch ruled for a criminal defendant (notably none of them death penalty cases), which “may be based on some sort of channeling the views of Scalia, whose seat he took, who had a very individualistic, libertarian viewpoint in certain criminal contexts, wherein the rights of the individual should take precedence over the rights of the state.”

In the “Blandensburg Cross” civil case (a First Amendment establishment case), Kavanaugh expressed sympathy with a plaintiff offended by a cross on public land, whereas Gorsuch opined that offended people should not have standing to challenge the cross in the first place, although both voted with the majority that the cross could stay. Time, Professor Little stressed, will determine whether these differences in voting will develop into a pattern in future sessions.

Professor Little offered a speculative “seating position” theory that since the two new justices sit next to Justices Kagan and Sotomayor, having to actually interact with justices with differing views may have some softening effect on them, although the deep friendship between Justices Scalia and Ginsburg didn’t appear to change Justice Scalia’s votes. Professor Little put forward the possibility that Justice Kagan is “playing a long game” to build coalitions by occasionally siding with the more conservative justices in cases where her vote would not change the outcome of the case.

Also noteworthy to Professor Little was the fact that in the Court’s nineteen 5-4 decisions, nine different combinations of justices made up the majority. Those majorities and minorities were only rarely split along so-called conservative/liberal ideological lines. Perhaps also surprising was that the majority in nine of the nineteen decisions could be said to adopt a liberal ideological viewpoint.

Professor Little noted there was speculation that one or more of the Court’s three oldest justices (Justice Ginsburg at age 86, Justice Breyer at age 80, and Justice Thomas at age 71) would retire. While Professor Little felt strongly that Justice Breyer and Justice Ginsburg would not retire, he predicted Justice Thomas may, based upon some bitterness in his opinions this session. Professor Little humorously noted that in light of his prediction in last year’s outline that Justice Kennedy would definitely not retire—but by noon of the day of last year’s membership luncheon, Kennedy had indeed announced his retirement—that Justice Thomas would almost certainly be back for next year’s session. Should any justice retire before the 2020 election, it would give President Trump the likelihood of adding a third justice, making the Court, according to Professor Little, into the Trump Supreme Court.

One of the biggest issues this term was the role of stare decisis and the criteria for when a precedent should be overruled. Of six cases in which the Court had to decide whether to overrule existing precedent, the Court explicitly overruled two, declined to overrule two others, and almost overruled the remaining two. In her dissent in one of those cases (Knick v. Township of Scott, Pennsylvania), Justice Kagan directly called out the majority for voting to overturn existing precedent where they, “smashe[d] a hundred-plus years of legal rulings to smithereens,” and she commented that, “we may as well not have principles about precedent at all.” Professor Little noted that stare decisis is a doctrine in flux and this debate is a preamble to the expected debate in upcoming terms whether Roe v. Wade should be overturned.

At the time of Professor Little’s presentation, the Court had announced decisions in all but three of the cases it had heard, and those remaining decisions were due to be released the following day. Of the three, two were major cases, one involving gerrymandering and the other whether a citizenship question could be added to the 2020 census. The census case was such a mess, Professor Little predicted, that the Court would likely remand it, which would probably prevent the citizenship question from being added to the 2020 census. As to the gerrymandering case, Professor Little declined to predict what the Court would do, but if the Court voted along so-called conservative/liberal ideological lines, it would likely issue a 5-4 decision to allow the gerrymandering to continue. Professor Little turned out to be prophetic as to both decisions. The Court remanded the census case, likely preventing the citizenship question from being included on the 2020 census. Although a tweet from President Trump reversed the Justice Department's earlier capitulation in the case, the Department is struggling to advance legitimate arguments for including the question. Even whether the legal team remains the same has become a source of contention. Meanwhile, printing of forms without the question has already begun. The Court decided the gerrymandering case along apparently partisan lines, holding that it was a political question to be handled by the legislative branch, thereby unleashing potentially extreme partisan gerrymandering in any state where one party controls the entire mapping process.

In an email exchange with Professor Little the day after these last two decisions were announced, he made the following comments:

The census and gerrymandering are obviously two hugely impactful decisions.

The gerrymandering case thankfully does not affect California, because we have had a non-partisan redistricting Commission for twenty years now. But with the federal courts now unable to patrol this topic in the states, we can expect to see even more polarized political gamesmanship in the many states that have no similar process.

If the citizenship question is ultimately placed on the census form, it will undoubtedly hurt California, both financially and in allocation of members of Congress. This is because such issues are supposed to be based on the number of “persons” residing in a state, and the citizenship question is predicted to cause significant undercounting and those with questionable citizenship status or such family members will predictably just decline to fill out the census forms.

But thankfully, the Chief Justice remanded the case for further proceedings, due to the “pretext[ual] nature of the government’s explanations.” We will see whether, and how, the two or three district courts handling the issues will now proceed, with the deadline for printing the forms looming in July.

If you were unable to attend Professor Little’s presentation, you can learn more about the Supreme Court’s 2018-2019 term (and some cases granted for the upcoming term as well) from the outline Professor Little prepared and, like last year, has kindly allowed us to post as a pdf for you to download here. Even better, there are hyperlinks in this year’s outline that will take you to each listed decision.

EVENT PHOTOS
Scott Buell is a mediator at Buell Law and Mediation where he mediates all types of civil cases, primarily personal injury and business/partnership disputes. He has been the Chair of the MCBA ADR Section since 2018 and is a current member of the MCBA Board of Directors.