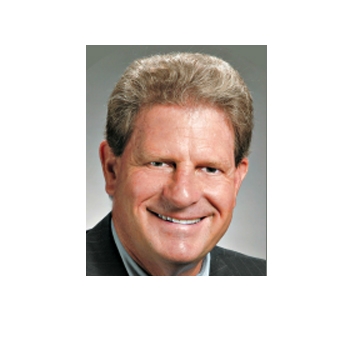 What is your practice area?

I have been practicing insurance defense trial litigation work for approximately 46 years in California, although when I started, I also represented plaintiffs.

Do you have a particular emphasis?

I have had a potpourri of defense cases, ranging from automobile accidents, ski accidents, river rafting tour accidents, horseback riding accidents, premises liability, products liability cases, medical malpractice defense cases and every other kind of case you can imagine.

Why did you decide to become a lawyer?

Since I was in the fourth grade at Grant Wood School in Cedar Rapids, Iowa, and my father was a claims adjuster for an insurance company there, I had the desire to become a lawyer with the advice (and fatherly influence) my dad gave me.

What is the best thing about being a lawyer?

I think the best thing about being an attorney is that you are able to provide people with guidance on how to resolve their problems in a civilized manner, keeping in mind that it is much easier attracting bees to honey than to vinegar. And I love meeting people and representing people who have jobs from all walks of life—there's never a dull moment because you're always learning something brand new.

Why do you live in Marin?

Let's put it this way: I did my time in Cedar Rapids, Iowa, raking leaves and shoveling snow, mowing yards and delivering papers, and working in a supermarket. I was one of those kids who walked five miles to school. At Florida State University in Tallahassee, I went through the Air Force ROTC program, came out a Second Lieutenant and was immediately accepted into law school at the University of Florida in Gainesville. I came out a Captain, passed the Florida bar and the Air Force sent me to Castle Air Force Base in Merced, California, where I was an officer with the Judge Advocate General's Office from 1969 to 1972. I met some attorneys who had been practicing law in San Francisco, decided I would take earthquakes over hurricanes and moved to Sausalito when I got out of the Air Force. I met my wife there and we moved to San Rafael and then Ross, where we have lived in the same house for the past 32 years. I love the people here and the beauty of Marin, the easy access to the ocean and to skiing, not to mention the vineyards of Napa and Sonoma.

What do you love to do when you're not busy practicing law?

I joined the San Francisco Rugby Club in early 1972, as soon as I'd moved to Sausalito, and played rugby up to age 49, about 19 years. We played all our games at the Polo Fields in San Francisco and I still hang out with my rugby teammates, still having a good time with one another, singing songs and having a pint or two!

After every bone in my body started aching, I decided it might be in my best interest to keep my body intact, and so after listening to a barbershop quartet at a Mother's Day festivity at the Elks Club in San Rafael, I decided to join the Marin Golden Gate Barbershop Chorus and which I have been a member of now for 12 years.

Tell us about your family.

My wife, Mary, plays the violin in the College of Marin orchestra and in a chamber group in Terra Linda and is a schoolteacher. I have three sons, Gordy, 38; Robbie, 36; and Jimmy, 34. And I have four grandchildren!

If you could pursue any other career besides law, what would it be and why?

I have always liked giving speeches and being master of ceremonies and, therefore, I think I would like to be in the entertainment world. Being realistic, I probably could be a private investigator, tracking down people, places and things for parties involved in litigation. I’ve also done a fair number of mediations as a mediator.

Why did you join MCBA?

Since I moved my practice to San Rafael, I wanted to get to know all the attorneys and judges in Marin County.

If you had to pick a single highlight of your career, what would it be?

The thing I am most proud of in my legal career is to have been elected to the Ross Town Council for two terms, from 1990-1998, and being elected mayor of my town on two occasions, as well as to the position of president of the Marin County Council of Mayors and Council Members by my fellow council members from all 11 towns and cities in the County of Marin. I am presently the town treasurer and I have been in that position since 1998. In addition, I'm very proud of serving on many different boards of organizations in Marin County, ranging from the Kentfield Rehabilitation Hospital to the Frank Lloyd Wright Conservancy. All of this goes to giving back to the community, which I think is very important for every attorney.

What hard lessons have you learned practicing law that spill over into your former role as a city council member?

How to compromise and be willing to discuss issues and be prepared to change your mind or alter your decision or opinions from time to time in order to get the job done for the good of the people. I also learned to listen.

What types of books do you read for pleasure?

My mom's chicken and rice specialty, which my wife has learned how to cook, together with coffee toffee pie (in case your doctor tells you you're supposed to gain weight!)

Go-to drink for those special occasions?

Cabernet or Chardonnay. Maybe a glass or two of Champagne at weddings!

I usually go home and watch all the news programs I can and then watch sports. I attend rugby games involving my sons, go to my wife's violin concerts and sing with my barbershop chorus. Also, all of Ross's picnics, parades and other events and I love the Marin Shakespeare Company and attending their plays at Dominican University’s outdoor theater.

What Supreme Court opinion would make a great short play?

The 2001 case of Merrill v. Navegar, Inc., about the 101 California mass shooting and the non-liability of gun manufacturers.