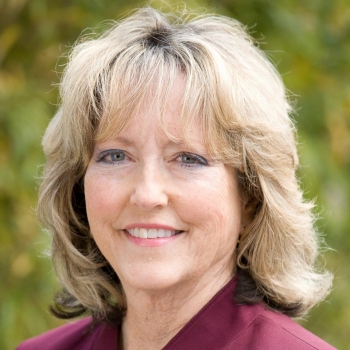 How long have you been in the law enforcement field?

My interest in law enforcement began in high school. I envisioned a career as a canine trainer at Guide Dogs for the Blind, which led to a ride-along with canine officers from the Richmond and San Francisco Police departments. That changed my career focus toward law enforcement.

After graduating from Terra Linda High School, I volunteered as an explorer scout at the San Rafael Police Department, which led to positions as a cadet, traffic enforcement officer and volunteer reserve police officer. My first position as a sworn peace officer was with the Marin Community College District and a few years later, the Santa Rosa Police Department hired me.

While working at the Santa Rosa P.D., I earned my B.A. in Administration of Justice. Testifying in court led to my interest in law school and in 1985, I transferred to the Marin County Sheriff's Office to be a Deputy Sheriff by day and law student by night. The Marin County District Attorney's Office hired me in 1989.

What was your most memorable case as a police officer?

I actually have two, both from my time as a Santa Rosa police officer. In the first, I confronted a suspect who was reportedly attempting to cash a suspicious check at a bank drive-thru lane. Upon contacting the suspect, he began reaching into his jacket to allegedly retrieve his ID, which I knew he had already given to the bank teller. I, along with another officer, had to forcefully prevent him from reaching further into his jacket, where we ultimately discovered he had a loaded handgun. In the second, I was the first to respond to a local clothing store where the owner's husband reported finding his wife unconscious on the floor with a gunshot wound to her head; she was not breathing. I attempted CPR to no avail. I still remember her husband standing next to me as he helplessly watched his wife pass. A suspect was ultimately apprehended, I testified at trial, and he was convicted of murder in the course of a robbery.

What was your most memorable case as a deputy district attorney?

I prosecuted a murder case where one co-defendant pleaded guilty and testified at trial against his co-defendant. It was a long, complex investigation and trial which included very graphic testimony about the murder. After the trial, the father of the testifying co-defendant (who was sentenced to prison for a significant length of time) thanked me for treating his son with respect and dignity.

What inspired you to run for District Attorney?

I was inspired to run for Marin County District Attorney because I envisioned an office of more than just great prosecutors but one that also takes an active role in community building. I believe increased visibility of—and accessibility to—prosecutors beyond the confines of the courtroom is essential to my goal of connecting the community to the courtroom.

What was the most challenging part of running for elected office for the first time?

Before I took a brief leave of absence to focus on the campaign full-time, I had to balance the duties of my full-time job as a prosecutor, including maintaining a full case load, with the steep learning curve of a first-time candidate for countywide office—not an easy task.

What did you learn about yourself during the election process?

That I can survive for weeks on a few hours of sleep! Seriously though, it was not as much what I learned about myself, but what I learned about our community. When you have the opportunity to meet with community members or leaders “one-on-one,” answer their questions, and exchange points of view, you realize the amazing diversity of ideas we have in our county—it was a very powerful and rewarding experience.

What goals did you accomplish in your first 100 days as District Attorney?

In my first hundred days I am proud to say that I:

What goals do you hope to accomplish by the end of your first term in office?

What do you believe is the biggest misperception of the Marin County District Attorney's Office?

That we have a narrow focus on getting convictions. To the contrary, our goal is to seek fair and just resolutions for all. We have a very strong focus on justice for victims of crime but that is not to the exclusion of also incorporating, where appropriate, concepts of restorative justice which can benefit the community at large. I believe it is incumbent upon our office to ensure that this message reaches all corners of the Marin community.

What is a fun fact that you think most people in your office don't know about you?

I love animals, particularly horses. I have shown horses competitively and I also enjoy horse camping. I made the difficult decision to sell my show horse when I ran for office. Since the election, I have fostered rescue horses for the Milo foundation. I hope to have another horse sometime in the future.