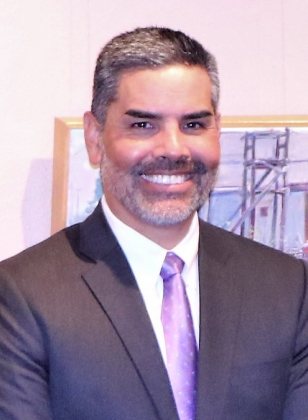 Once again, the MCBA Judges Luncheon was the hottest lunch ticket in Marin as The Club at McGinnis played host to yet another capacity crowd of bench and bar members. The event was expertly, for the most part, co-hosted by MCBA President Charlie Dresow, representing the members of the Association, and the Honorable Paul Haakenson, representing the distinguished members of the Marin County bench. Both Charlie and Judge Haakenson lamented the fact that this would be their final opportunity to address the bar as Bar President and Presiding Judge, respectively. To their dismay, no motions were made from the floor from either the membership or the bench to extend either of their terms by acclamation; however, being consummate professionals, they pressed on admirably.

After a round of introductions of our bench and distinguished guests, with several assists from Judge Haakenson, Charlie introduced the proposed slate of incoming MCBA Officers and Directors, who were unanimously approved by a voice vote of the membership. Congratulations and welcome to an impressive group of new officers and directors. The MCBA is fortunate to have the benefit of your talents. Your new officers and directors are:

Charlie also thanked outgoing officer David Feingold and directors Scott Buell and Anna Pletcher for their outstanding contributions to the success of the Association. Charlie's final housekeeping matter of his term was to remind the membership, especially those of us whose MCLE compliance date is coming up (M-Z), that our annual MCLE Fair is fast approaching and that it can help us top off our MCLE credits in the event of an audit—good advice.

Incoming President Susan Feder gave a brief presentation highlighting the MCLE fair, especially our keynote speaker Dale Minami, Esq., who was part of a legal team that successfully represented Fred Korematsu in overturning his wrongful conviction for defying the WWII Japanese internment law. Susan encouraged members to attend and to consider signing up their legal support employees to take advantage of a track tailored for them. She also acknowledged current MCBA board members in attendance. We look forward to Susan's leadership in the upcoming year.

Presiding Judge Haakenson then took center stage and started off by thanking Charlie for an exceptional job as co-host and outgoing MCBA president. Speaking on behalf of the members of the bench, Judge Haakenson thanked the membership as a whole for being exceptional officers of the Court and making the Court’s job easier on a daily basis. Judge Haakenson acknowledged that the bench feels "guilty" about being heaped with praise every year at this luncheon, but apparently was relishing the opportunity to gently roast his fellow judges. We are lucky to have such a bright and hard-working group of jurists here in Marin.

Judge Haakenson began his year in review by reporting on the state of court filings in fiscal year 2018/19. Total court filings were 8,383 cases: 4,147 criminal and 4,236 civil. Of the criminal filings, 3,343 were misdemeanors and 804 were felonies. Misdemeanor filings increased by 243 cases and felony filings increased by 167 cases over FY 17/18. Judge Haakenson quickly dispelled any theories that this uptick in criminal filings was related to the District Attorney's tagline of "connecting the community to the courthouse."

Sensing the mounting anticipation of the crowd, Judge Haakenson moved on to the big reveal: 2020 judicial assignments. The main takeaways are: Judge Sweet is the incoming Presiding Judge and will be on a special homicide trial assignment but hopes to return to a civil department when it concludes; the criminal trial department formerly occupied by Judge Chernus, who will take over the misdemeanor calendar department (M), will remain vacant for now; and Judge Simmons will be moving from her longtime criminal trial department to a civil trial department while still presiding over probate matters and will retain her position as supervising criminal judge but without a criminal courtroom. On a special note, Judge Adams will be celebrating her 20th year on the bench. Congratulations, Judge Adams!

Judge Haakenson provided an update on the status of a new case management system. He expressed his gratitude to Court CEO James Kim, whose efforts were responsible for the Court receiving a major grant that will now allow it to implement a full electronic case management system. The Court has narrowed down the choices to three vendors and is in the process of doing due diligence, including visiting other courts that utilize these vendors and inviting stakeholders to weigh in. The Court has not decided at this point as to whether the civil or criminal division will go live first but expects the system to go live in approximately three months, or longer if they decide to have both divisions go live at the same time. Judge Haakenson said the three potential systems have "all the bells and whistles," including e-filing capability; however, it is unknown whether any will have a paywall associated with them.

Final Reflections of a Presiding Judge

With all of the formalities out of the way, Judge Haakenson brought the house down with what could only be described as an audio and visual assault on the senses as he let us in on the rock star status and lifestyle of a Presiding Judge, including the highs and lows. He related how the Presiding Judge is responsible for inspiring his fellow judges, which he, in part, attempts to do by penning theme songs for each of them. Judge Haakenson shared a few of his songs with the audience and it is hard to believe that these melodic masterpieces were not enthusiastically embraced by their recipients, Judges Sweet, Chou, and Howard. Judge Haakenson noted that former Presiding Judge Simmons has always been the lodestar by which he measures his success as Presiding Judge. When he began his term as Presiding Judge, Judge Simmons gave him the following Yoda-esque advice: "Immense is the power and responsibility of Presiding Judge." Wise words indeed. He noted that when you are as good as Judge Simmons, America makes you an icon, citing Mattel's design of its immensely popular "Judge Barbie" after her. He hopes his term as PJ will also be recognized for its greatness someday, perhaps with a transformer doll that changes from a majestic hawk to a noble presiding judge—one can only dream.

Thank you Judge Haakenson for your leadership and to the entire bench, who consistently inspire confidence in the judicial system in Marin.