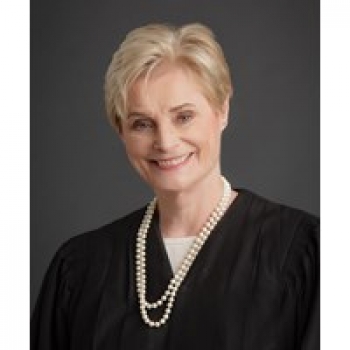 Where did you grow up and what was that like?

I grew up in South Bend, Indiana, a town of about 100,000 people, 100 miles from Chicago. It was my good fortune to come of age in small(ish) town middle America in the late 50s and 60s. Many of my childhood friends remain very close to me.

Who were your influences?

First of all, my parents. Because they were youngsters during the Great Depression, my mother was not able to graduate from high school, and my father could not finish college. They made sure that their five children (I am the youngest) would have opportunities that they did not have.

Another huge influence was my high school Latin teacher, Miss Kaczmarek, who was erudite and demanding. She believed in me and insisted that I live up to her high expectations, personally and academically.

How did you find your way into the law as a career?

Where did you go to college and law school?

I earned my bachelor’s degree at Wellesley College in Wellesley, Massachusetts. My first year of law school was at Columbia University, in New York City, and then I transferred to, and graduated from, Stanford Law School.

A brief history of what led to your career...where did you start? Jobs you took? What were the challenges? What were pivotal moments?

After law school, I spent one year as an associate attorney with a boutique tax firm in San Francisco. I didn’t like it.

I read an article in the San Francisco Chronicle about an all women’s law firm in San Rafael—quite an oddity in the 1970s—so I sent them my resume.

I was offered an associate position, working for Ann Diamond and Beverly Savitt, doing family law in Marin County. Eventually, I became a partner in the firm. I worked with Judge Savitt until her appointment to the bench in 1982, and thereafter with Barbara Dornan until shortly before my appointment in 1999.

When did you become a judge and were you ready?

I work hard, and the more complicated the case, the better I like it. I think I could be more patient. Judge Boren once told me a prayer that seemed apt for me: “God, please give me patience, and give it to me right now.”

What are your proudest moments?

Instead of proud moments, I will tell you some of the happiest moments in my life:

What would you do differently if you could?

I’m not sure. Things have worked out well so far. Sometimes I wonder if I might have benefitted from taking a break between college and law school, joining the Peace Corps or something like that.

Would you share something wonderful about your service on the Bench?

There are so many. Some years ago when I was out and about in the community, I encountered a man who had been a criminal defendant in my courtroom. He was facing three strikes sentencing, but I had given him a last chance at avoiding prison. He said to me: “Thank you, Judge Adams. You saved my life.” He is now a contributing member of our community.

What's been most difficult in your career as a judge or as an attorney?

When I had been on the bench for less than a year, I was assigned a very challenging criminal case. Some of the lowlights of that trial and its aftermath were:

That was quite an initiation, but I believe I am a better judge as a result of that experience.

Where does the next twenty years see Judge Adams?

I know what I am going to do today and I am pretty sure about tomorrow. I have found that it is not a good idea (for me, anyway) to “get ahead of my skis” by speculating about the distant future.