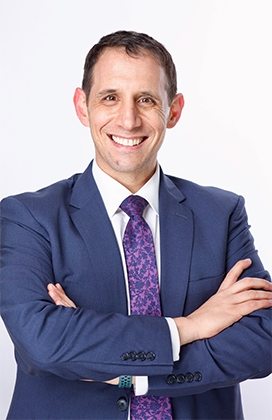 The COVID-19 pandemic is having a catastrophic impact on the U.S. economy—by some estimates, four trillion dollars. It is directly affecting millions of business relationships governed by contract, lease or other agreement. With performance under many of these contracts becoming impossible or impracticable, a historically seldom-used provision is suddenly at the forefront of many lawyers’ minds: The force majeure clause. Even for lawyers, its name may seem more fitting as the title of a war film than a contract provision. However, where present, its legal effect could be dramatic.

Readers will no doubt recall that force majeure is a legal doctrine implicated when extreme unforeseen events, beyond the control of the parties, make performance under a contract impossible or truly impracticable. Typically, only a limited number of events qualify, such as tornados, hurricanes, and other natural disasters; war; rioting; labor strikes; and/or terrorist attacks. Whether force majeure applies to the COVID-19 pandemic is a novel issue which will certainly reach the courts in short order. In the interim, California law provides support for finding that the pandemic triggers at least some force majeure clauses.

Force majeure literally translated from French means “superior force.” The legal concept, as defined by Black’s Law Dictionary, is “an event which can neither be anticipated nor controlled.” Black’s further defines a “force majeure clause” as a “contractual provision allocating the risk of loss if performance becomes impossible or impracticable, esp. as a result of an event or effect that the parties could not have anticipated or controlled.” In California, “The test is whether under the particular circumstances there was such an insuperable interference occurring without the party's intervention as could not have been prevented by the exercise of prudence diligence and care.” (Pac. Vegetable Oil Corp. v. C. S. T., Ltd. (1946) 29 Cal. 2d 228, 238.)

However, courts have typically interpreted such clauses to be language-specific and subject to negotiation of the parties. (See, e.g., San Mateo Cmty. Coll. Dist. v. Half Moon Bay Ltd. P'ship (1998) 65 Cal. App. 4th 401, 411.) This means if there is no force majeure clause, then none can be implied. Ibid. Thus, without one in the contract under review, the pandemic will not excuse lack of performance, at least under this traditional legal concept.

The COVID-19 pandemic is, no doubt, an extreme unforeseen event, beyond the control of any party to any contract. However, as discussed below, epidemics and pandemics are rarely, if ever, listed specifically in force majeure clauses.

While there is no requirement that the condition preventing performance be specifically listed, there is an implied covenant of good faith in every California force majeure clause. (See Terry v. Atl. Richfield Co. (1977) 72 Cal. App. 3d 962, 964.) Since the typical wording of force majeure clauses does not reference pandemics or viral contagions, specific phrases relevant to COVID-19 that could excuse performance include: (1) “orders or directives” by governmental bodies; and (2) catchall provisions that often follow lists of specific acts. Such catchall provisions typically excuse performance upon, “any unforeseeable causes beyond the reasonable control of the party.”

As a matter of contractual interpretation, if a force majeure clause contains only specific events and no catchall, and none of the events include health emergencies or governmental orders/directives, that clause will be unlikely to excuse performance because of the pandemic.

While omission of such language is rare, one more hurdle exists to the use of catchall language: In addition to only the most extreme events being considered force majeure, California generally adheres to “the canon of construction known as ejusdem generis.” (Sears, Roebuck & Co. v. San Diego Cty. Dist. Council of Carpenters, (1979) 25 Cal. 3d 317, 330-331.) This term literally means “of the same kind.” The implication is that an unenumerated event must be similar to enumerated ones to qualify.

Guidance applying the principle of ejusdem generis to force majeure specifically can be found in New York caselaw, which holds: “When the event that prevents performance is not enumerated, but the clause contains an expansive catchall phrase in addition to specific events…words constituting general language of excuse are not to be given the most expansive meaning possible, but are held to apply only to the same general kind or class as those specifically mentioned.” (Team Mktg. USA Corp. v. Power Pact, LLC (3d Dept. 2007) 41 A.D.3d 939, 942-943.)

There is no doubt that the COVID-19 pandemic is beyond the control of the parties (See Free Range Content, Inc., supra.) And in virtually all cases, it is inarguable that governmental orders and/or directives have driven the impossibility or impracticability of performance. In addition, it seems difficult to argue that the pandemic and the response to it are not extreme and unforeseeable. Finally, COVID-19 would likely be sufficiently similar to be considered ejusdem generis. (See Sears, Roebuck & Co., supra.)

There can be little argument that a society crippling pandemic is a “superior force” of similar severity and impact as other events which are traditionally considered force majeure and “could not have been prevented by prudence, diligence, and care.” (Horsemen's Benevolent & Protective Assn. v. Valley Racing Assn. (1992) 4 Cal. App. 4th 1538, 1564.) Thus, if performance under a contract is rendered impossible or impracticable by COVID-19 or any governmental response thereto, and the contract contains a force majeure clause with governmental orders or directives or catchall language (or, of course, health emergencies), there is a strong argument that performance should be excused. These are unprecedented times, and this seldom-used provision may become more relevant than ever.