The Status of Bail Reform in California: Proposition 25 or the California Supreme Court 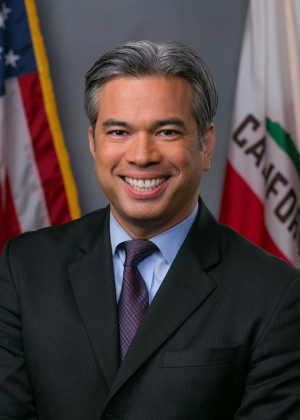 An objective evaluation of our criminal legal system reveals fundamental injustices. One of them is money bail. Money bail inherently criminalizes poverty and is one of the many failed policies that need to be fixed. The jail door should not swing open and closed based on how much money you have. In California, I co-authored and helped pass the Money Bail Reform Act (SB 10), a landmark bill to end money bail in our state. Unfortunately, after SB 10 was signed into law in 2018, a national coalition of bail organizations launched a referendum campaign, which collected enough signatures to force a statewide vote on this November’s ballot, asking voters to reverse SB 10. The Secretary of State’s certification of the referendum meant the law did not go into effect, pending the outcome of the vote.

Money bail perpetuates deep racial and socioeconomic inequality in California. In the U.S., about 60 percent of people in jail have not been convicted of the offense for which they are being held, but are awaiting court action on a charge.1 According to one longitudinal study, the largest urban counties in California disproportionately relied on pretrial detention to a much greater extent than did large urban counties elsewhere in the United States.2 One possible explanation for the significant unconvicted jail population is the median county bail schedule in California, which is “five times greater than in the rest of the country ($50,000 in California; less than $10,000 elsewhere).”3 Furthermore, 59 percent of felony arrestees in large urban counties in California are detained pretrial compared with 32 percent in the rest of the U.S.4 Among those detained pretrial, Black and Latinx Californians are overrepresented. For example, Black Californians comprise only 6 percent of the state’s population, but represent 16 percent of all state arrests.5 In addition to the disproportionate arrest rates in California, on average, Black and Latinx men have higher bail amounts than White men: 35% for Black men and 19% for Latinx men.6

The foundation of the Money Bail Reform Act was rooted in restoring equity in the pretrial justice system and strengthening public safety. Our efforts to pass SB 10 were bolstered when the California Judicial Council published the results of its working group that had been convened to study the state’s money bail system. The judges found the current system to be “unsafe and unfair.”7 According to the report, money bail “unnecessarily compromises victim and public safety because it bases a person’s liberty on financial resources rather than the likelihood of future criminal behavior and exacerbates socioeconomic disparities and racial bias.”8 The Judicial Council report made formal recommendations, including replacing the current money bail system with a robust risk-based, pretrial assessment and supervision system in every county.

During the first months of the COVID-19 shelter-in-place order, the Judicial Council took bold action to reform pretrial detention. The Council adopted Emergency Rule Number 4 with the goal of reducing the incoming jail population to protect Californians from the heightened risk of the virus in congregate settings like detention facilities. The emergency rule temporarily eliminated money bail in all criminal courts for misdemeanor and low-level felonies.9 The policy achieved its desired result of reducing jail crowding.10 Moreover, the emergency rule helped demonstrate why bail reform is still urgently needed: Pretrial detention is largely based on the size of a person’s wallet and not necessarily their risk to public safety. While it is too early to draw any sweeping conclusions about the impact of the emergency rule on crime rates, it is clear that the decrease in pretrial detention directly benefited those for whom paying bail would have been financially difficult.

As earlier Marin Lawyer articles have discussed,11 a California Appellate court has declared money bail unconstitutional but the case is currently on appeal and awaiting a final decision from the California Supreme Court. (In re Kenneth Humphrey, 233 Cal. Rptr. 3d 129, 417 P.3d 769 (Cal. 2018).) In In Re Humphrey, Mr. Humphrey was accused of stealing five dollars and a bottle of cologne. For these alleged offenses, his bail was set at $350,000 dollars—an amount he could not possibly afford, which meant he would be kept in county jail. Mr. Humphrey appealed and the Court held that trial court judges must consider a defendant’s ability to pay as well as non-monetary options for release when determining a bail amount or setting conditions of release. (Id. at p. 45.) While a landmark ruling, the Court’s rules are broad and lack the nuance of statewide legislation, which the Court referred to as “desperately needed.” (Id. at p. 46.) And, of course, the California Supreme Court could decide to reverse the appellate court’s holding and leave the state back at square one on money bail reform.

If Californians pass Proposition 25, upholding the Money Bail Reform Act, it will permanently end the predatory and unjust system of money bail in California and moot In Re Kenneth Humphries. Moreover, Proposition 25 would make California the first state in the nation to require publicly-tracked data on race and racial disparities in pre-trial decision-making. It will also reduce times between arrest and release from an average of two days to 12 hours. This change could be the difference between keeping or losing a job, a car, a home or even a child—important pillars of community stability.

Bail reform should not be viewed as a partisan issue. Red and blue states alike have enacted important reforms. It is an issue of justice, fairness, and safety. I believe U.S. Supreme Court Chief Justice William Rehnquist got it right when he wrote, “In our society, liberty is the norm, and detention prior to trial or without trial is the carefully limited exception.” (United States v. Salerno, 481 U.S. 739, 755 (1987).) As long as money bail is an option for California courts, the criminal justice system will be a symbol of injustice and inequality.