Did the U.S. Lose Half of Oklahoma? Recent Developments in Indian Law 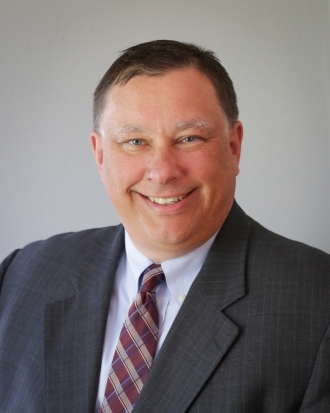 Federal Indian law deals primarily with the intersection of three separate sovereigns: Federal, state, and tribal governments. This area of the law is complex and ever-evolving, with courts handing down key cases and Congress passing key legislation this year.

The California Supreme Court recently addressed off-reservation gaming in a decision involving California government separation of powers issues. Under the federal Indian Gaming Regulatory Act (25 U.S.C. § 2701 et seq.), the secretary of the interior may allow casino-style gaming on land the federal government takes into trust for an Indian tribe (even if far away from that tribe’s reservation) if the secretary determines that the gaming would be in the best interest of the tribe and would not be detrimental to the surrounding community. But the decision cannot take effect unless the governor of the state concurs. The California Supreme Court recently upheld our governor’s implicit power to so concur.

In United Auburn Indian Cmty. of Auburn Rancheria v. Newsom, 10 Cal.5th 538 (2020), one tribe sued to stop another tribe from opening a competing off-reservation casino. The secretary had approved the second tribe for off-reservation gaming and the governor had concurred. The first tribe sued, claiming the governor lacked the power under state law to ever concur with an interior secretary’s decision of this kind.

The California Constitution, as amended in 2000, permits casino-style gaming under certain conditions on Indian and tribal lands. It also authorizes the governor to “negotiate and conclude compacts” for certain types of gaming on those lands and the Legislature to ratify those compacts. It does not address the governor’s power to concur in the interior secretary’s decision, nor has the Legislature enacted any law addressing that power.

In the absence of an express grant or denial of authority in state law, the California Supreme Court found that the governor had inherent executive authority to concur, finding that it fell within a “zone of twilight” where the governor and the Legislature may have concurrent authority. (Id. at 544, citing Youngstown Co. v. Sawyer (1952) 343 U.S. 579, 637 (conc. opn. of Jackson, J.)). The court went on to also find that the Legislature has the power to restrict or eliminate the governor's implicit power to concur if it so chooses. The case is notable for its discussion of the source of executive authority, the separation of powers, and a reminder that tribes can game off-reservation under certain circumstances.

So, for now, the governor has the authority to give the concurrence required by federal law to allow casino-style gaming on off-reservation lands taken into federal trust for an Indian tribe. In theory, a tribe could request land be taken into trust in Marin County for the tribe to open a casino. If the secretary approves and the governor concurs, we could see a casino in Marin County.

Federal Case Law: Oklahoma Is Not Being Split in Two

In McGirt v. Oklahoma, 140 S.Ct. 2452 (2020), the U.S. Supreme Court held this summer that much of the land comprising eastern Oklahoma—including the City of Tulsa—remains a reservation for purposes of federal criminal law. In the 1800s, the Creek Nation agreed to relocate to what is now Oklahoma as part of the Trail of Tears in exchange for a new homeland. As a result, Congress reserved through a series of treaties much of eastern Oklahoma for the Creek Nation. According to the high court, once Congress establishes a federal reservation, only Congress can diminish or disestablish it—which Congress never did here.

Even though much of the land in eastern Oklahoma has been purchased and settled by non-Indians—and any reservation status ignored by Oklahoma—that land still lies within a federal Indian reservation. Because a federal statute gives the federal government exclusive jurisdiction to prosecute certain major crimes committed by Indians in Indian country, Oklahoma has no jurisdiction to criminally prosecute Indians in state court for these crimes in much of eastern Oklahoma. The federal government must do it. Undoubtedly, Indians convicted in an eastern Oklahoma state court will be challenging their convictions.

Some news organizations mistakenly responded to the decision by saying that Oklahoma had been split into two or that half of Oklahoma could be returned to Native Americans. That is not true. The decision did not deal with land ownership, it dealt with jurisdiction. The Supreme Court’s decision simply prohibits Oklahoma from prosecuting Indians for crimes committed on this reservation land. Nonetheless, the decision might provide a basis for giving the Creek Nation tax or regulatory jurisdiction over the land as well. Oklahoma and the Creek Nation will have to work out the additional jurisdictional issues as separate sovereigns.

The federal Coronavirus Aid, Relief, and Economic Security (CARES) Act was a $2 trillion relief package aimed at helping individuals, businesses, and governments survive the COVID-19 pandemic. The Act established a $150 billion Coronavirus Relief Fund, of which $8 billion was allocated to tribal governments, far below the true needs in Indian country. Given this shortfall, Congress essentially pitted tribe against tribe. One manifestation of this was a lawsuit challenging whether Alaska Native Corporations (entities similar to tribes) qualified as tribal governments under the CARES Act. (Confederated Tribes of the Chehalis Reservation v. Mnuchin, 2020 U.S. App. LEXIS 30649, at *2-3 (D.C. Cir. Sep. 25, 2020).)

The CARES Act defined a tribal government as the recognized governing body of an Indian tribe. Several tribes sued, arguing that ANCs did not qualify as Indian tribes. The U.S. Court of Appeals for the District of Columbia agreed. According to the D.C. Circuit, to be eligible to receive funding under the CARES Act, a tribe must be “recognized,” which means eligible for the special programs and services provided by the United States to Indians because of their status as Indians. Federal recognition establishes a government-to-government relationship between the United States and the tribe and makes the tribe a "domestic dependent nation" eligible for certain federal benefits.

The federal government currently recognizes 574 Indian tribes but none of them is an ANC. According to the D.C. Circuit, the lack of recognition means ANCs are ineligible for relief funding under the CARES Act. Not surprisingly, the ANCs have appealed to the U.S. Supreme Court. If the Court does not take the case, tribes in the lower 48 states will have more relief funding, but at the expense of Alaska Natives.

Lastly, in a rare bipartisan piece of legislation, Congress passed Savanna’s Act (134 Stat. 760) in September and the President signed it in October. The law directs the U.S. Department of Justice to review, revise, and develop law enforcement and justice protocols appropriate to address missing and murdered Native Americans. The votes in the House and Senate were unanimous. The law is named for Savanna LaFontaine-Greywind, a member of the Spirit Lake Nation in North Dakota who was murdered in 2017.

The law is designed to help establish better law enforcement practices to track, solve, and prevent crimes against Native Americans. According to the House Report, violence against Native Americans is higher than against other racial and ethnic groups. In some tribal communities, Native American women experience murder rates that are more than ten times the national average. Native American women are also two times more likely than other groups to experience rape or sexual assault and two-and-a-half times more likely than others to experience violent crimes in their lifetimes. (See generally, H.R.Rep. No. 116-508., 2d Sess. (2020).)

The law should help address these problems by clarifying the responsibilities and increasing coordination and communication of various law enforcement agencies in cases of missing or murdered Native Americans, particularly critical in light of the complicated intersection of federal, state, and tribal governments. The law will also increase the collection of data related to missing or murdered Native Americans and empower tribal governments with the resources and information necessary to effectively respond to these cases. Natives deserve more and deserve better from the three sovereigns that govern them and this legislation is a step in the right direction.

Thomas Weathers is Aleut and an enrolled member of the Qawalangin Tribe of Unalaska. He practices Indian law, business law, and related litigation as the principal of The Law Offices of Thomas Eagle Weathers, P.C. and as of counsel to Monty White LLP in San Rafael, CA. He is a past president of the National Native American Bar Association and licensed to practice law in California, Washington, Alaska, and several tribal courts. He can be reached at tom@thomasweatherslaw.com.