Got CLE? We’ve Got Plenty: Registration for MCBA’s Annual MCLE Conference Is Open! 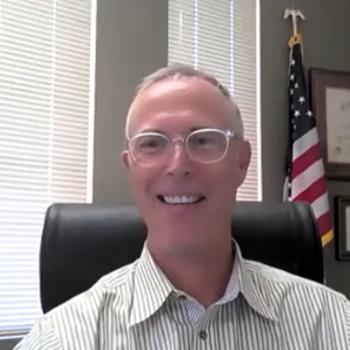 MCBA was honored to host Congressman Jared Huffman for our September 2021 general membership meeting. MCBA President Tim Nardell reminded the audience that Congressman Huffman spoke at our last in-person meeting, in January 2020. He hoped that the two appearances might act as something like bookends to the pandemic (although we know that we still have an uncertain road back to a new normal). President Nardell then handed off the program to MCBA program committee members Alex Vahdat and Matthew Lewis, who did an excellent job co-moderating a spirited conversation with Congressman Huffman.

Federal Infrastructure Bills. The conversation started with the hot topic of infrastructure bills— both the bipartisan infrastructure bill (or “BIF”) that passed the Senate and the larger $3.5 trillion infrastructure package that the Biden administration has proposed, which is currently under review in the House. Congressman Huffman made a number of observations about the bills. He noted that spending trillions on COVID has made it harder to spend on infrastructure. Nonetheless, while there is a possibility that Congress could fail, he believes that his colleagues have a genuine desire to get something passed. In his view, “infrastructure” in the 21st Century includes childcare, broadband and climate-change preparation.

Huffman reminded us that the administration package’s only chance of passage is through the budget reconciliation process. Having the budget as the only available tool means having to achieve goals with money rather than mandates. He noted the many hurdles to passage and is “clear-eyed” about the bill’s prospects but is “not giving up.”

As for the BIF, Huffman believes it does many important things, and there are infrastructure projects that have genuine bipartisan support, such as modernization of our electric grid. He is hopeful that even senators and representatives from fossil fuel states will recognize the necessity of passage. That being said, he believes the bill contains plenty of problematic provisions, particularly those favoring the fossil fuel industry. It encourages more highway development, continues subsidies for fossil fuel-based transportation, promotes the development of natural gas, and exempts some gas and oil projects from environmental review under NEPA (the federal version of CEQA).

The Biden administration also made commitments that make working with the bill challenging for members of Congress. In particular, the administration made a commitment that the amounts pledged to certain kinds of infrastructure projects could not be changed. One way around that might be by creating separate, additional programs in the $3.5 trillion package.

September 27 is a hard deadline for a vote; and, for now, the fates of the BIF and the broader package are tied together. Some moderate House members are balking at the price tag of the latter and would like just the BIF. Some liberal members will not vote for the BIF without getting the $3.5 trillion package. In Congressman Huffman’s view, pressure must be kept on both sides in order to get anything passed.

Fires. The conversation then turned to a subject on virtually everyone’s mind: fire risk in the West. Huffman said that the extensive fires that we are now seeing are the culmination of decades of forest mismanagement, but misinformation about what the mismanagement has been is rampant—and partisan. Huffman believes that the moratoriums on clearcutting forests are not the problem. The real problems are longstanding policies of fire suppression, along with replanting projects that created dense, unhealthy forests. Huffman noted that work is now being done to address the decades of forest mismanagement. California is putting billions towards vegetation management, and PG&E is trying to improve its poor management. He believes that we will also see some federal support for better forest management policies, but it is going to take years to catch up from the mismanagement. For instance, Congressman Huffman said that he is part of a bipartisan effort to create a new program at NOAA to integrate the best technologies used to anticipate and detect fires. While the park ranger with a telescope in a tower is still the image many have of fire detection, many high-tech tools now exist. This bill attempts to bring them all together and provide a pilot program to develop the best methods.

Water and Drought. Huffman recognized the seriousness of the drought conditions in our district. He pointed out that some locations in Northern California are already having to truck in their water supply, and Ft. Bragg is bringing in a portable desalinization unit. At the federal level, Huffman believes that significant resources to address water supply should be part of a final infrastructure package. Emergency drought assistance can help pay for desalinization, water transport, or plans for digging deeper wells. In the longer term, Huffman is working to pass the FUTURE Western Water Infrastructure and Drought Resiliency Act (FUTURE Act), which he hopes will be included in the final infrastructure package.

Huffman said that he wants to challenge the “20th-Century mindset” for fixing water problems. He noted that Marin used to be a leading innovator in addressing water shortages but has been eclipsed by Southern California communities. Orange County is already using recycled wastewater in its water supply, and San Diego has the largest desalinization plant in the Western Hemisphere. Other locations are using advanced water treatment and groundwater recharging. Congressman Huffman believes that different solutions will be required for different locations. He noted that while desalinization takes an enormous amount of energy and is not without environmental consequences, pumping water from Northern to Southern California uses as much energy as desalinization.

Huffman also believes that individual conservation incentives are necessary to address the drought, as well as beyond just the water supply context, to create incentives for carbon neutral and energy-saving technologies such as solar power, more energy efficient windows, more efficient appliances, and so on. He is working on a bill to rescind an IRS decision that has caused water conservation rebates to be deemed taxable income, which has created a big disincentive to individual conservation. Huffman illustrated with a personal story how difficult it is for individuals to conserve water without incentives for more efficient and innovative systems: Marin has asked residents for a 40% voluntary reduction in water use; he has been working in his own home to achieve that goal and even with enormous effort has only gotten to 37%.

Climate Change More Broadly. Huffman believes that in the near-term, most people will not see a dramatic change in lifestyle as we adopt needed carbon-neutral technologies. A switch to an electric car is not a difficult change. However, certain segments of society, such as the fossil fuel industry, will see dramatic change.

Huffman is working through the Natural Resources Water, Oceans and Wildlife Sub-Committee he heads to tackle a number of environmental problems, many climate-related. One bill with a local focus is Huffman’s proposed KELP Act bill to tackle the loss of kelp forests. Many are aware that changes in water temperature have caused purple sea urchins to expand in numbers, which has decimated kelp forests off the California coast. Huffman referred to it as our own version of coral bleaching. This problem is a good example of small changes in environmental conditions having massive ripple effects.

Huffman also said that we have some well-managed, sustainable fisheries, but the underlying federal fisheries laws need modernization. Aside from the problem that much fishing on the high seas is done using exploited labor that verges into slavery, much of our seafood is not sustainable. Updated fisheries laws are needed to encourage sustainable fishing and address changes to ocean ecosystems that climate change is causing. Huffman also wants to end subsidies for fossil fuel extraction and mining on public lands. And he noted that he has been actively involved in trying to prevent a “modernization” of the entire fleet of postal service vehicles: the existing USPS leadership appointed by the last President would give a sweetheart contract to a small military contractor for a fleet of gas guzzling vehicles, missing the opportunity to put millions of new electric vehicles on the road.

How do we open people’s eyes to the reality of climate change and pandemics? Huffman said flat out that he does not know. When people outright deny the existence of something, it is not easy to get through to them. He said that the number one threat to health is the climate crisis even in the middle of a pandemic. He does not know how you address a segment of the population that does not trust any institutions but will listen to a random YouTuber proselytizing unproven cures for COVID.

What can you do to unwind Salmon/Steelhead/Delta Smelt biological opinions? Under the Endangered Species Act, EPA scientists have opined that increased delta pumping is driving delta smelt populations to extinction. Trump replaced these scientists with people who would give his desired opinions. President Biden has said that he would reopen the regulatory process to ensure science-based opinions. Huffman said that he is keeping an eye on the process to be certain scientists are making the decisions.

Why is ranching allowed on Pt. Reyes public lands? About two dozen multi-generation ranching families are allowed to ranch under a 1960s agreement that is part of the original plan creating Pt. Reyes National Seashore. Huffman said that he supports the original ranching commitment. He believes the ranchers serve an important role and are good stewards of a sustainable local food system, not the industrial agriculture bad guys some characterize them to be.

Are 70% of emissions from 100 companies? Huffman does not know the answer. He pointed out that agriculture is a significant part of the emissions problem. He believes that we need to make a hard break from fossil fuels and that the fossil fuel industry is very threatened by the electrification of the transportation sector. Every time Congress tries to promote electric vehicles, the fossil fuel industry tries to add in eco-friendly-sounding alternatives, such as hydrogen fuel cells, which under existing technology are still reliant on fossil fuels.

Previous
The Marketplace
LAW OFFICE SPACE - AVAILABLE NOW! Looking for a satellite office or part time law office with your name on the door? We may have what you need. One private office in our three office suite is available for your exclusive use for two or three days a week, at a fraction of the cost. The office is well located at 950 Northgate Drive, Suite 307, San Rafael. Close to the Civic Center, third floor views, elevator, parking, private conference room, kitchen, storage room, wifi and copier/scanner access. Please call (415) 507-0707 or write to bkramlaw@pacbell.net. See office photos here.
LAW OFFICES IN CENTRAL SAN RAFAEL Up to three law offices available in beautiful Victorian building conveniently located in Central San Rafael. Large conference room available on a scheduled basis. Outside patio and garden area plus off street parking. Link to photos. Telephone: (415) 460-0100 ext. 111.