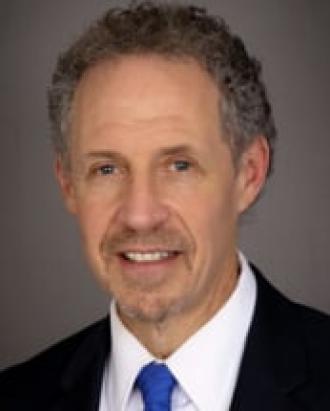 It is an exciting time of the year for “new law” buffs. As always, California’s new laws are a mix of added protections for workers, consumers, citizens in general and the press. Some of these new laws may start trends across the country. What’s the saying? “As California goes, so goes the nation.”

So keep your condoms on, get your old press credentials out, and make sure you go to the right section of the toy store when shopping next Christmas. In the meantime, start reading—here are just some of the new laws taking effect in California on January 1, 2022 and beyond.

AB 1084 requires large department stores that sell kids’ products to maintain a gender-neutral section of toys and childcare items. Stores that do not comply face a penalty of up to $250 for first offenses, and up to $500 for second offenses.

Some commentators say this bill might not radically alter Californians’ shopping experiences as some large stores already organize their toys by type of product rather than by gender.

A Free Press at Protests

SB 98 prevents police from blocking journalists covering protests and demonstrations and ensures reporters can be in protest areas without being arrested. It also prohibits police from “intentionally assaulting, interfering with, or obstructing” journalists’ newsgathering. It does not, however, create criminal liability for the police.

This bill appears to be a response to police crackdowns—some violent—on protests and demonstrations in recent years where journalists covering events were arrested and injured.

SB 510 aims to put a stop to “surprise billing” for COVID-19 tests and vaccinations, ensuring patients face no out-of-pocket fees from health plans and insurers during the public health emergency regardless of whether they receive their services through in- or out-of-network providers. The bill also requires insurers to fully cover COVID-19 screening tests—like those increasingly required on a regular basis by employers and schools.

Governor Newsom signed the bill on October 8, at which time he said it “will ensure uniformity in testing payment and access rules throughout the state.” In a side note, the Governor also directed the Department of Managed Health Care to issue guidance “to address concerns about how the prevailing market rate is determined. This would help prevent price gouging.”

SB 224 mandates mental health instruction in middle schools and high schools that have an existing health education course. Supporters hope that such instruction would eventually be required in all schools statewide. Required content covers a range of topics, including promoting mental wellness, signs and symptoms of common mental health conditions and ways to seek help.

AB 453 makes it illegal to remove a condom without consent during sexual intercourse, making “stealthing”—nonconsensual condom removal—a sexual battery under the state’s Civil Code. It allows victims to sue their sexual partners for damages and makes California the first state in the country to outlaw stealthing.

SB 2 gives the state’s Commission on Peace Officer Standards and Training the power to decertify an officer for wrongdoing—effectively kicking them out of the profession. It also creates an advisory board made up mostly of civilians without policing experience to look into serious misconduct allegations against officers. It requires a two-thirds vote of commissioners to decertify officers.

In signing this and several other police reform bills on September 30, Governor Newsom said, “Today marks another step toward healing and justice for all. Too many lives have been lost due to racial profiling and excessive use of force. We cannot change what is past, but we can build accountability, root out racial injustice and fight systemic racism.”

Restaurants Can Continue to Sell “To Go” Cocktails

SB 315, AB 61, and SB/AB 389 allow restaurants to continue selling to-go cocktails, using parking lots for expanded seating, and serving alcohol in parklets. The laws are already in effect but are now made permanent—at least until 12/31/2026.

Though not a new law, starting January 1, 2022, the Golden Gate Bridge authorities will be enforcing a 15 mile-per-hour speed limit for regular and electric bikes. Currently, the bridge has a “recommended” 15-mph limit in place. After January 1, the fines for exceeding 15 mph will be between $238 and $490 – the same as for speeding cars. The California Highway Patrol will be enforcing the limit!

Read Jenny Schwartz and Menaka Fernando’s article in this issue for a rundown of significant new employment laws. Here are a few additional laws summarized below.

SUMMARY: Existing law requires certain employers to notify parents or guardians that an employee with specified convictions will supervise or have disciplinary authority over a child. This bill changes the specified convictions to any felony conviction. It also eliminates the distinct crime of spousal rape and defines rape to include rape of a spouse under the same circumstances as other rapes.

SUMMARY: Extends the applicability of the ABC test exemption to newspaper carriers until December 31, 2024. Requires newspaper publishers and distributors that directly contract newspaper carriers to submit certain information related to their workforce to the LWDA on or before March 1, 2022, 2023, and 2024.

SUMMARY: Provides financial incentives for port drayage motor carriers, and others, for switching to electric vehicles.

SUMMARY: Allows the Labor Commissioner to place a lien on real property to recover penalties owed for violations of the Labor Code.

SB 8 is an omnibus clean-up bill impacting several previous housing initiatives. Notably, it extends key provisions of SB 330, also known as the Housing Crisis Act of 2019 (previously set to expire in 2025), until January 1, 2030. That act:

This section applies to housing development projects that submit a preliminary application after January 1, 2022 and before January 1, 2030.

SB 9 facilitates the process for homeowners to subdivide their current residential lot or build a duplex and allows for ministerial approval, without discretionary review or hearings, of duplex residential development on single-family zoned parcels. There are limitations, such as:

SB 10 creates a voluntary process for local governments to pass ordinances prior to January 1, 2029, to zone any parcel for up to ten (10) residential units if located in “transit rich areas” and urban infill sites. This provides cities, including charter cities, an increased ability to upzone property for housing without the processing delays and litigation risks associated with CEQA, from which the law is exempt. SB 10 does not apply to parcels located within a high or very high fire hazard severity zone, as determined by the Department of Forestry and Fire Protection.

For more than thirty years, Mr. Gumbiner has litigated cases involving insurance coverage and "Bad Faith," real estate and property damage [including landslide, flood, earthquake, construction defect, transactional misrepresentation], and complex injury matters. He has extensive trial and appellate experience in these areas and has written and lectured on insurance-related issues for more than twenty years. Mr. Gumbiner has represented commercial and individual policyholders in every type of insurance litigation since 1983 including trials, appeals, arbitrations, mediations.