Elections Are Back! A Look at the June Races 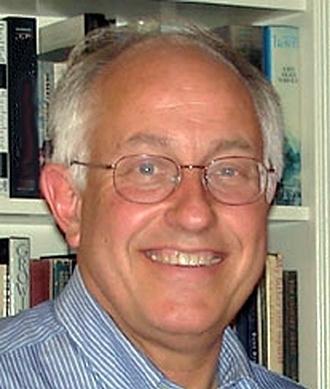 Note: The views expressed in this article are opinions of the author and are not intended to reflect those of MCBA nor is this column an endorsement of any candidate.

And you thought politics—as in elections—had gone away. Well, they did, last year, anyway (if you don’t count the gubernatorial recall election, which I don’t, since nothing changed); there are no more regularly-scheduled local elections in odd-numbered years.

I even “retired” at the end of 2020 from my “job” as a “political commentator,” having written articles like these for quite a number of years. But it’s now 2022, and I heard there were a couple elections coming up.

In the consolidation of elections into even-numbered years, most moved to November for the higher turnout. But June still has a few: two supervisorial races, both of which will be for vacant seats; two city council races; the county’s (now) four department heads, up every four years; and six judges’ seats, for six-years terms, usually uncontested.

Damon Connolly has occupied this seat for seven years since he beat then-incumbent Susan Adams, and would probably have run for another term this year if not for the unexpected announcement of Marc Levine last fall. Levine is forgoing his chance for a (likely) final term in the State Assembly to run for State Insurance Commissioner. He’ll be challenging a Democratic incumbent, Ricardo Lara, running for his second term. Levine’s move caused Connolly to accelerate his plan to run for his Assembly seat and I discuss those races a bit more below. Meanwhile, as for Connolly’s supervisor seat, current candidates include Mary Sackett, one of Connolly’s aides (and MCBA board member, as Damon was before her), and Gina Daley, a new San Rafael School Board member. Filing will have closed the day before publication of this article but as I write, it’s still possible other candidates will toss their hats into the ring.

Judy Arnold is retiring at the end of this year after four terms, and three candidates thus far are running to succeed her: Eric Lucan, now in his third term on the Novato City Council, well-respected, and a heavy favorite. The second candidate is Kevin Morrison, who has run unsuccessfully twice in recent years for the Novato City Council. And finally, Colin Medalie, a deputy sheriff.

Mill Valley. Neither incumbent John McCauley nor James Wickham, is running for another four-year term, but Wickham is running for the two-year term created by Tricia Ossa’s resignation last year, indicating his probable intent to step down in two years. New candidates for the two four-year terms include Max Perrey, who ran unsuccessfully for the council last time, and Stephen Burke, who was appointed to Ossa's vacant seat.

Ross. Incumbents Julie McMillan and Elizabeth Robbins may have scared off any potential challengers.

The past couple decades have seen the consolidation of elected county positions and we are now down to four, whose terms are four years. Of the four, two are retiring after many terms: County Superintendent of Schools Mary Jane Burke, and Sheriff-Coroner Robert Doyle. The other two, District Attorney Lori Frugoli and Assessor/Recorder/Clerk Shelly Scott, will presumably skate to second terms, since neither has attracted much controversy or opposition, or any challengers as of March 9. Often seats like these have token opposition against incumbents by challengers not realizing how difficult it may be to beat an incumbent, particularly one who has served many terms. Doyle’s anointed successor from within the Sheriff’s Department is Jamie Scardina, who has announced his intent to run for the seat of his retiring boss. There are two candidates for County Superintendent of Schools as of this writing: West Marin Superintendent John Carroll, and Michelle Hodge.

Every two years, a few of Marin’s ten Superior Court judges’ seats are up for election, but rarely does a judge serve out their term and leave an open seat. Maybe once a decade that happens, but usually they resign mid-term, whenever they’re ready to retire, and the governor appoints a replacement, so it’s nearly always an incumbent running. This year, the seats up for (re-) election are offices one through six, currently held by Roy Chernus, Sheila Lichtblau, Stephen Freccero, Paul Haakenson, Geoffrey Howard, and Andrew Sweet. Running against an incumbent judge is even more difficult than running against other incumbents—they tend to be able to raise significant campaign contributions quickly.

Two districts have elections: Ross Valley—big, and often controversial, whose incumbents Michael Boorstein, Thomas Gaffney, and Pamela Miegs have filed for re-election, and Almonte—small and little-known, whose incumbents with expiring terms are Casey Bertenthal and Linda Rames.

CONGRESS AND THE STATE LEGISLATURE

Jared Huffman, after 12 years as a local water board member and six years as a popular State Assembly member, has now served nine years in the House of Representatives and can presumably stay there as long as he likes. He regularly racks up over 70% of the vote against an unknown token Republican, even though the northern portion of his district near the Oregon border is pretty conservative. His influence in Washington continues to grow along with his seniority, and his chairmanship of committees and subcommittees in environmental areas, where he is increasingly considered one of the, if not the, go-to guys on climate change issues, a rising priority among the public—at least among the Democrats.

As mentioned, Marin County Supervisor Damon Connolly is running for the State Assembly seat that Marc Levine is giving up. I’ve long considered Connolly’s run likely, and in fact I think he’s a strong frontrunner based on the endorsements, fundraising, and volunteers he’s likely to get. But that hasn’t stopped a few other candidates from jumping in in recent months: Sarah Aminzadeh, a Kentfield environmental attorney and Coastal Commission member, who, like Connolly, has raised an impressive sum of money already; Steve Schwartz of Sebastopol, the founder of both the Interfaith Sustainable Food Collaborative, and California Food Link; and Ida Times-Green, a Sausalito-Marin City School District Trustee, whom a number of prominent progressive activists are supporting.

With the Democrats’ increasing dominance in recent decades (virtually all statewide offices and supermajorities in the Legislature), the Republicans have become less and less relevant, and that will probably be true again this year. Increasingly, the Republican nominees for statewide offices are relative unknowns, except for occasionally an obscure legislator here and there.

In most years (remember, they all appear on the ballot only every four years), there is a relatively even mix of new candidates for open seats, and incumbents seeking a second term before they are termed out. But this year, it seems like the vast majority will be seeking a second term: Governor Gavin Newsom, Lieutenant Governor Eleni Kounalakis, Superintendent of Public Instruction Tony Thurmond, Attorney General Rob Bonta (appointed last year), and Secretary of State Shirley Weber (also appointed last year).

Treasurer Fiona Ma would be among that number, but she is foregoing a sure chance at a second term to run instead to fill the seat of termed-out Controller Betty Yee, for which she is the prohibitive favorite, almost as if she were already an incumbent in that seat. And Fiona Ma's seat for State Treasurer will almost certainly be filled by current Board of Equalization member Malia Cohen. Cohen was elected to that seat four years ago, following what is increasingly seen to be the well-worn path trod by both Yee and Ma.

That leaves the one Democratic incumbent who is already subject to a challenge from within his own party: as mentioned, Insurance Commissioner Ricardo Lara is being challenged by Marin/Sonoma Assemblyman Marc Levine. People should remember that Marc Levine was elected to the Assembly in an upset of an incumbent, and he must think he can do it again, but even if he gets special interest money again (and he’s raised a substantial sum in his first few months), I doubt it will match the power of incumbency in a statewide re-election campaign, as virtually all the major Democrats statewide will circle their wagons and support Lara.

Usually at this time in the election cycle, there are several dozen pending ballot measures getting signatures or pending approval in the Secretary of State's office, and this year is no exception. But as of a decade or so ago, the June primary election can feature only measures put on the ballot by the Legislature, not the people via petition signatures, all of which now come in the November election. So look for the usual dozen or two in November.

Many or most pundits predict that Republicans will pick up enough seats in Congress in November to have majorities in both houses, based primarily, I think, on the conventional wisdom that the party in the White House nearly always loses seats in midterm elections. That is even more likely to be true, they say, when the President's approval ratings are relatively low, as they currently are for President Biden.

However, it still seems to me that Donald Trump was so spectacularly bad in so many ways (although he retains popularity, I do think it's shrinking, and will continue to do so), that Biden and the Democrats will continue to benefit from that. Also, despite Biden’s relatively low approval numbers (not as bad as those of Trump), I think Biden has done a terrific job. Even my greatest fear—that he would be too much of a milquetoast and not be progressive enough—has not been true.

As always, it comes down to key races, and one of the best indicators I've seen in recent decades is the so-called “generic poll,” asking whether people would vote for a Democrat or a Republican, without naming names. Very often in the past, those polls have been very lopsided and predicted a sweep of one party or the other. We'll see in the coming months how that generic poll looks, which primary candidates win (e.g., Republicans too far right to win the general election, as happens once or twice each cycle, it seems), whether any U.S. Supreme Court decisions mobilize and/or outrage one side or the other, and of course Biden's continuing performance.

Biden is blamed for partisan gridlock, of course, but that's been increasingly the case with the last few presidents, and if anything, I think Biden has done more to overcome it than any of his recent predecessors. It is certainly true that if Republicans take control of one or both houses of Congress, whatever dreams Biden and the Democrats may have of future legislative victories may be zero until the 2024 elections, and the 2025 legislative year, assuming Democrats can regain the majorities then.

But it is also possible that Democrats pick up one or more seats in the Senate (thus having a majority without Joe Manchin, and maybe Krysten Sinema) and maintain or even increase their narrow majority in the House, and Biden and the Democrats’ agenda will have a better chance of passage next year than now.

Greg Brockbank is a 30-plus-year attorney and civic and political activist, having served for 22 years on the College of Marin Board of Trustees and then on the San Rafael City Council. He is the senior member and immediate past chair of the Marin Democratic Party governing board and has attended 30 state Democratic conventions. For over 20 years, he has provided numerous groups with detailed lists of the contact info for all candidates for Marin’s local offices, and appears as a commentator and election-night co-host on public access television.