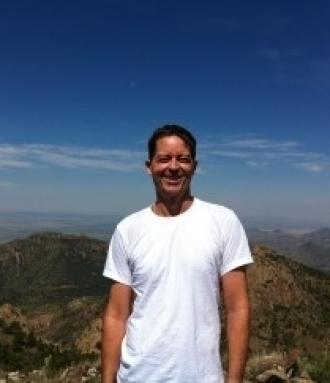 We aged a hundred years and this descended
In just one hour, as at a stroke.
The summer had been brief and now was ended;
The body of the ploughed plains lay in smoke.

The hushed road burst in colors then, a soaring
Lament rose, ringing silver like a bell.
And so I covered up my face, imploring
God to destroy me before battle fell.

And from my memory the shadows vanished
Of songs and passions—burdens I'd not need.
The Almighty bade it be—with all else banished—
A book of portents terrible to read.


Akhmatova’s poem seems particularly apt to how so many people feel about the world right now. In an instant, the world shifts in a way that an era ends and a grim new one takes its place, where “the body of the ploughed plains lay in smoke.” While the United States had been diligently telegraphing Russia’s military buildup along the Ukrainian borders for months, it still seemed unthinkable that Russia would actually invade. For all of the fighting that has gone on in the world in the last few decades, I can think of only a few conflicts that could be termed an invasion, where a well-established central government breaches the territorial integrity of another country with the intent to change the government or even to acquire territory (and I am well aware that the U.S. is on this short list of invaders).

Adjusting to such a new state of affairs is not easy. Especially when, even in highly-vaccinated Marin, we have still not fully adjusted to an only slightly less sudden invasion—that of a virus two years ago, one that changed our world profoundly and unpredictably. Wealth and science have enabled us to at least begin to return to something reasonably resembling our world before the virus. Returning to the world that existed before Russia invaded Ukraine appears far more difficult, and it has not exactly been easy to get to this point with the virus.

I mean no offense to Ukrainians by quoting a Russian poet—it seems fitting to hear a Russian poet over a hundred years ago lamenting the sudden shift in fortune the day (in the Julian calendar) World War I began. As sudden as Akhmatova’s “stroke” seemed to her and as sudden as current events seem to us, the forces that set the stage for these events are not sudden at all. Which (finally) brings me to discuss the law.

In many places around the world, autocracy is ascendant and democracy in decline. I include our country among those places. Democracy takes a lot of work. Lawyers have an outsize role in that work. I need not (and certainly could not) catalogue all of the worrisome signs but some stand out. Even though it may not immediately be clear what any of us might do, I encourage everyone to contemplate how you can work to strengthen our democracy.

Perhaps what worries me most is the appointment (and election) of individuals who pledge loyalty to party above loyalty to the democratic process. Our democracy depends on following the law and around the country, many positions, both appointed and elected, are being occupied by people who feel justified not doing so. This is particularly acute in heretofore unknown (to most of us) positions that are part of the voting process. Given our closely divided electorate, it may not take many individuals to alter the outcome of a national election.

I am reminded—frighteningly—of William Sheridan Allen’s illuminating book The Nazi Seizure of Power. He examined the events in a single German town in the first years of the 1930s, powerfully showing how small steps that do not seem dramatic in and of themselves—steps not worth the average person’s energy to oppose even when they disagree—lead to a point where it is too late to oppose what has happened. Where people find that their personal safety would be in jeopardy speaking out or acting to change laws. I read the book decades ago and it still reverberates with me.

What frightens me are laws like the Texas abortion law that appear to have successfully insulated themselves from judicial review. Is this the start of a new era where the judicial branch has no say? Other states are enacting similar measures and Democrats are considering using the technique in blue states. I’m not sure what lawyers can do but I hope it’s something.

Gerrymandering is another arena rife with danger. Both modern-day parties (and those before them) gerrymander. But since the gutting of the Voting Rights Act, it seems more extreme and more targeted, not just at a party but at specific groups of people, people of color foremost among them. Since the U.S. Supreme Court recently declared political gerrymandering unregulated by our Constitution, what can lawyers do? One thing is to work to advance independent commissions to draw maps.

Many of us have assumed that modern developments in communication and information make an insidious slide into autocracy nearly impossible today. Hardly. How many expected social media to do what it has done? How many thought Russia would have virtually all information under the control of one party—indeed, one person—just thirty years after the fall of the Soviet Union? Information and messaging is the ultimate power: the majority of Russians support the war in Ukraine, not because they support what is happening but because they think something else entirely is going on. Since I have been around, I have never seen free speech at risk to the extent it is today and I urge lawyers to work against this trend, which is coming from both left and right.

It is not my goal to depress every single Marin Lawyer reader. Especially as spring is arriving and we are not just contemplating but sometimes acting upon seeing each other in person again. We may feel like there is little we can do about much of what’s happening in the world and we would be right. But we can do something about some of it. And we have the skills and resources to make a difference. If we don’t use them, those with the tanks and missiles will.

Rob Rosborough is Of Counsel to Monty White LLP. He mediates disputes where an ongoing relationship is at stake, particularly adult-family conflict such as disagreement over caring for an aging parent, and HOA disputes. He also maintains an estate planning and HOA practice. Rob teaches at USF’s Fromm Institute (conflict resolution and history of science) and helps lawyers cope with the practice of law by teaching them meditation skills as a certified iRest® meditation teacher.