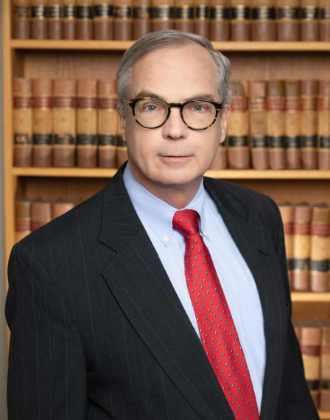 Most of us have relied on a spouse’s signed, delivered, and recorded quitclaim deed to conclude that the real estate is separate property. That is not necessarily so under the California Appellate Court’s recent decision in Estate of Wall (2021) 68 Cal.App.5th 168. The surprising decision is important to estate attorneys, as well as family and real property attorneys dealing with real estate titles involving married people.

Benny and Cindy married in 2008. Benny had two children by a prior marriage. They agreed to keep their assets separate and did not commingle. Neither was employed during the marriage. In 2010, Benny bought a home with his separate property, taking title as “a married man as his sole and separate property.” Cindy signed a quitclaim deed (“QCD”) in favor of Benny and was not a co-borrower on Benny’s loan.

After Benny died intestate in 2016, Cindy claimed the house was community property and thus passed 100% to her. Benny’s children asserted the QCD and established that he used separate property income to make the down payment and all mortgage payments (pension and social security). Cindy never publicly claimed an interest during his life. Cindy testified that when she signed the QCD, Benny assured her the deed “meant nothing.” She claimed she had provided $3,500 funds to Benny “to contribute to a future down payment” before he bought the home.

This trend of cases provides obstacles and opportunities. Not only to us practitioners but also to clients and third parties. Perhaps the takeaway is that re-married spouses should consult with qualified estate planning attorneys and not die intestate.

James “Jake” Walker is a California State Bar Certified Specialist in Estate Planning, Trust and Probate Law who has practiced law in Marin County for over 45 years. He is a partner in DeMartini Walker & Ghaedi LLP. Mr. Walker has a master’s degree in taxation, was awarded an AV rating and was named as a Super Lawyer of Northern California. He is a long-time member, and a former Director and President, of the Marin County Estate Planning Council.