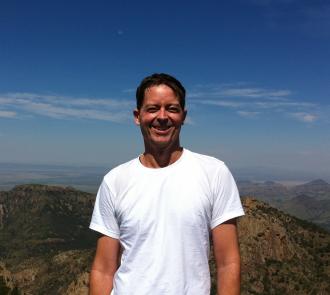 Just when you thought you’d seen the last of me, here I am again. This time I’m stepping in for our editor, who termed off of MCBA’s board at the end of the year and with our altered publication schedule, has other commitments. This issue of the Marin Lawyer brings you several articles on immigration. Marin has seen the Office of Refugee Resettlement place a significantly increased number of immigrant children here. Marin County Deputy Public Defender Rachael Keast laments the lack of representation for these children, many of whom will qualify for lawful status here but will never obtain it because of the lack of legal assistance.

Lucia Martel-Dow of the Immigrant Legal Resource Center discusses the difficulty of the path to naturalization and the role of the New Americans Campaign in facilitating all kinds of help with that path. And Phil Levin gives us a brief update on DACA, which may have faded from the news of late but which is still very much the subject of litigation that will have a profound effect on Dreamers.

Finally, Steve Sulmeyer has written a compelling essay on his difficult decision to resign from the U.S. Supreme Court Bar because of the politicization of the Court’s decisions.

Rob Rosborough is Of Counsel to Monty White LLP. He mediates disputes where an ongoing relationship is at stake, particularly adult-family conflict such as disagreement over caring for an aging parent, and HOA disputes. He also maintains an estate planning and HOA practice. Rob teaches at USF’s Fromm Institute (conflict resolution and history of science) and helps lawyers cope with the practice of law by teaching them meditation skills as a certified iRest® meditation teacher. His author photo is from 2014 on the top of Mt. Livermore--not the one here, but the one in West Texas, which is Texas' second highest mountain at just under 8400 feet.