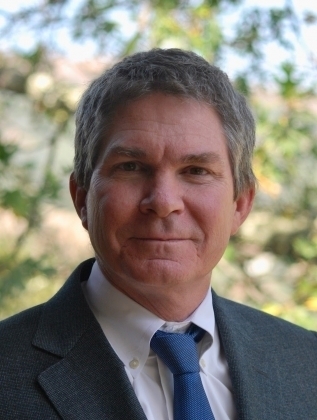 The mission of MCBA is “to involve, encourage and support Bar Association members, to serve as a liaison to the Marin County courts, and to educate the community and enhance access to legal services.” Throughout the pandemic and over the last few months as we emerge into a reopening Bay Area, MCBA leadership has been working to keep the lines of communications open between our members and the Marin County Superior Court. We’ve been supportive and respectful of the extraordinarily difficult burdens that the judges and court staff have had to bear to keep essential court services available and the Court open throughout the pandemic. At the same time, we’ve done our best to communicate to the court leadership our members’ concerns about court processes and difficulties that our members have experienced with the clerk’s office.

Last month, I was proud to represent MCBA in a town hall-style discussion with Judges Sweet, Adams and Freccero to discuss the current status of the various departments of the Court and the reopening process. We had a full house for the Zoom meeting. If you missed it, a report on the highlights is available in this month’s Marin Lawyer here. I’m also happy to report that we made a video record of the full meeting, which is available here.

In addition to the Town Hall, I participated in a meeting with Judge Sweet and other community leaders to discuss the reopening process; and Mee Mee Wong and I met with James Kim (CEO of the Court) and Jodi Leveque (the Court’s new COO, as of November 2020) to discuss plans for reopening the clerk’s office and member concerns about the current drop box/limited appointment system.

It is important for all of us working outside of the Court to bear in mind that the judges and court staff have been working incredibly hard to keep the Court open to the public throughout the pandemic and to keep working conditions at the courthouse safe for all employees and members of the public. For example, James Kim noted that Marin was one of the first courts in the Bay Area to deploy video remote hearings in all case types to promote court and public safety. In addition, court administrators have had to do an enormous amount of work behind the scenes to make workspaces COVID-safe, in compliance with changing CDC, state, local and OSHA guidelines. Since our Court has not yet moved to an e-filing system, changes had to be made internally to protect court staff from possible infection from court papers. (Recall that in the early months of the pandemic, the CDC and other authorities indicated that the virus could survive for up to a week on paper surfaces.) The Court had to build plexiglass shields and invest in electrostatic cleaning devices, of the sort used by the airlines, in constant dialogue with employees and union leadership in order to ensure the safety of both the staff and the public. Our court leadership is proud that, unlike in some other courts in California, there was never a COVID outbreak at our courthouse, and all of the court departments were able to stay open continuously throughout the pandemic.

We should also recognize that the Court has unfortunately lost a lot of staff over the past year, including administrative managers, courtroom deputies, and clerks. James Kim estimates that the Court has had an attrition rate of 20% directly or indirectly related to COVID. Court leadership is in the process of hiring new staff, but the hiring and training process will unfortunately take time.

Now that the CDC, OSHA, and state rules are changing yet again as vaccination rates rise and COVID case counts fall, court staff are working hard to come up with plans to reopen the clerk’s office window visits in a manner that keeps court staff safe and complies with regulations and public employee union requirements. The Court has also been working behind the scenes to implement e-filing and a new case management system and to launch a refreshed court website.

We have communicated that there are various kinds of filings that are not considered “appointment worthy” urgent matters under the current administrative rules but which need to be filed without any delay to avoid prejudice to litigants. We have also communicated the frustration that some lawyers have experienced when filings placed in the drop box have been rejected, causing many weeks of delay and potential prejudice. While I unfortunately do not have any immediate changes in the public access to Room 113 “window service” to report, I can report that the court leadership has heard our concerns and that the judges and administrators are doing what they can to open “new normal” same-day access to the court system as soon they can do so safely.

This month, we are proud to release a new issue of the Marin Lawyer for your reading pleasure. Every quarter, President-Elect Rob Rosborough and his team of guest editors work hard to put together original material for a complete digital magazine on a new theme. The June 2021 theme is consumer protection. (With Rob taking up the gavel of the presidency next year, we are actively looking for someone, or a team of someones, to fill his shoes next year. If you have any interest in taking on an editor or co-editor role or just getting more involved with the Marin Lawyer, please contact me, Rob or Mee Mee.)

Having formerly worked as prosecutor in the Marin County DA’s Consumer and Environmental Protection Unit, the theme of consumer protection is near and dear to me personally. I’ve seen up close the burdens that consumer scams impose on our society and how devastating they can be to vulnerable citizens. Beyond the kinds of false and misleading advertising that target consumers, we have seen how vulnerable even sophisticated businesses can be to internet fraud. Despite or perhaps because of the many pandemic-related changes that we’ve seen, fraudulent schemes have continued to proliferate and have become increasingly sophisticated. Even if you are oblivious to the headlines about ransomware attacks shutting down critical infrastructure and holding businesses and municipal governments hostage, it’s hard to ignore the phishing attempts that have become almost a regular part of the work week.

Lawyers Can Be Bitten in Fraud Schemes Too

We lawyers are definitely not beyond the reach of fraud schemes ourselves. I have had personal experience with two schemes myself over the past year. Call them “close encounters” with the fraudsters. Both were pretty well thought out, convincing schemes. Both started with a decision, in a moment of weakness, to reply to an email from a stranger (i.e., a potential client) looking for a lawyer in Marin. In both cases, the fraud was only revealed when it became obvious that the case was too easy or too good to be true.

The first scheme involved a dog bite case. As a general practice litigator, I have to sheepishly admit that I like dog bite cases. The law provides for strict liability, so if you can prove that a dog bite occurred and who owned the dog, the only real issue is the amount of damages owed to your client. So when I got an email from someone early in the pandemic saying that he was bitten by a dog while he was a guest at an Airbnb in Bolinas, and asking if I took dog bite cases, my immediate response was something to the effect of, “You betcha.” I got even more interested when the “potential client” showed pictures of a face covered in bandages and what looked to be pretty gruesome injuries, and so I emailed a contingent fee engagement letter right away. Then the complications began. The potential client explained that he worked on an oil rig overseas, had little access to services, and might have to be unavailable for weeks at a time. Strange but not implausible. The “too good to be true” moment came about a week later when I got an email from the “homeowner defendant,” who also happened to reside outside the U.S., saying that he felt so terrible about the situation that he wanted to immediately send a mid-six-figure cashier’s check to me to avoid any publicity or court process. Another little clue: he shared the address of the home where the incident occurred, and it was in Salinas, not Bolinas. At that point, I realized that the play was a variant on that fairly well-known scheme: get the victim to deposit a fake cashier’s check—which appears real and can take weeks for the bank to detect—then pay out real funds from the victim’s account (here my client-trust account) to a third party (here the purported dog bite victim).

I found the second scheme even more subtle. It started with an email from another out-of-country potential client looking for a lawyer in Marin. This time, the potential client said that he had lent $500,000 to a friend who was the owner of a San Rafael business, but the friend had not paid the money back after numerous informal entreaties. This kind of dispute is a bread-and-butter easy case for a commercial litigator like me. The potential client shared email exchanges that looked very real and believable. According to a quick Google search, the local business was also real. The too-good-to-be-true moment: a week later, “the friend” emails saying that he wants to pay my firm the money he owes in full in three easy installments. With a bit more avarice, it would have been tempting to say, “Sure, that sounds great.” But I thought it best to tell “the friend” that I don’t provide that kind of service, suggest that he pay his friend directly, and withdraw from the engagement. Of course, the retainer check (supposedly in the mail from overseas) never arrived, and I never heard from the potential client or his friend again.

The State Bar and other authorities are well aware of both of these schemes; both are variants of internet frauds that have been around for years. More information about schemes targeting attorneys can be found here, and an article about the way these scams work can be found here. An article about whether the bank or the law firm is liable when the bank tells the lawyer that funds from a fraudulent cashier’s check are immediately available (spoiler alert, the law firm is liable) can be found here. The New York City Bar has published an opinion letter for attorneys who fall victim to these or similar scams, which is available here.

For me, the moral of these stories is not so much “woe-is-us, we lawyers can be easy targets for internet fraud,” but rather that if the scammers can put together schemes that are sophisticated enough to snare attorneys, imagine how stressful and scary internet life has become for seniors and others more susceptible to fraud. That is something we should not be proud of at all.

J. Timothy Nardell is a partner with Nardell, Chitsaz & Associates in San Rafael. He runs a general civil litigation practice, focused on real estate and business disputes, and select tortious injury cases. Tim can be reached by email at tim@ncalegal.com or by phone at (415) 306-5560.